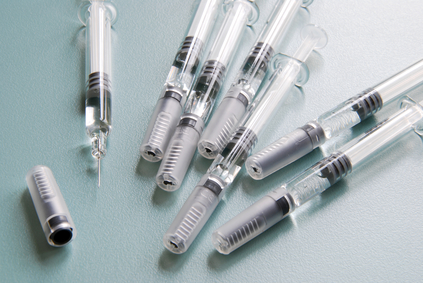 On Tuesday, the European Medicines Agency said that while rare blood clots and low platelet levels should be included in the official list of possible side effects, the advantages of using the vaccine outweighed the disadvantages.

Unlike the AstraZeneca vaccine, which has similar very rare side effects, the Janssen vaccine will be used on people under the age of 60 because of the lower risk, health minister Hugo de Jonge said at Tuesday’s press conference.

De Jonge said on Tuesday evening that some 4.6 million doses of vaccine had now been given in the Netherlands and that the programme is proceeding at the rate of 100,000 vaccinations a day.

In addition, the decision not to give the AstraZeneca vaccine to the under 60s would not impact on the vaccination schedule, he said, reconfirming that all adults will have had at least one shot by early July.

The vaccination of people in their 50s with the BioNTech/Pfizer, Moderna or Janssen vaccines is set to begin in May.

Nevertheless, the decision to withdraw the AstraZeneca option from the under-60s continues to attract criticism.

MPs on Tuesday had voted in favour of giving the under 60s the option to be vaccinated with the AstraZeneca jab, in line with the recommendations of the EMA.

They say family doctors are being left with stocks because so many older people are not showing up for their jab, and that doctors should be able to give them to others, if they want.

And according to the Volkskrant, the Dutch health inspectorate had also issued a press statement saying doctors should be able to choose to give the vaccine to the under 60s if they felt it to be in their interest.

However, the statement was withdrawn after just a few minutes, with officials saying it was ‘a misunderstanding’ and should never have been published.

Meanwhile, the vaccination location at the Jaarbeurs exhibition centre in Utrecht will open its doors until midnight from now on, to boost vaccination numbers. All appointments so far are fully booked.

People with an appointment for after 10pm will have to print out and sign a special declaration allowing them to be out after curfew, until the curfew is scrapped next week.