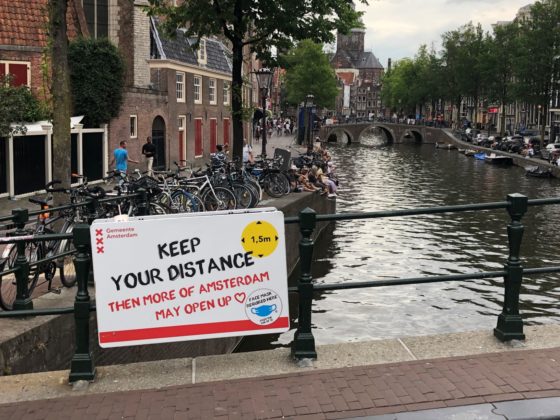 Coronavirus infections increased by 5.3% in the third week of April, indicating the third wave has not yet reached its peak.

According to the latest weekly report from the public health agency RIVM there were 53,981 positive tests in the last seven days, up from to 51,240 the week before. The percentage of positive tests increased for the fifth week in a row from 9.6% to 10.1%.

Apart from a dip over the Easter weekend, the number of cases has been higher every week since mid-February. Last week’s increase was the smallest during that period, but included large variations between regions and age groups. 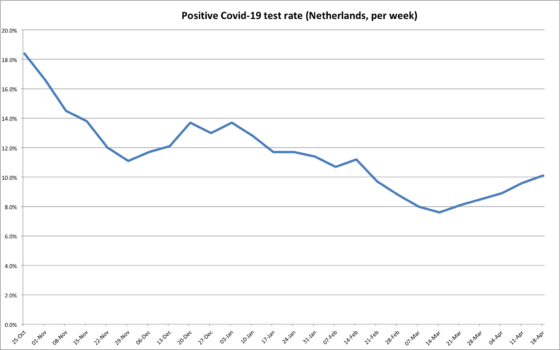 The reproductive number R has risen above the crucial level of 1, indicating that the virus is spreading faster than people are recovering. The latest R figure of 1.06 was calculated for April 5. 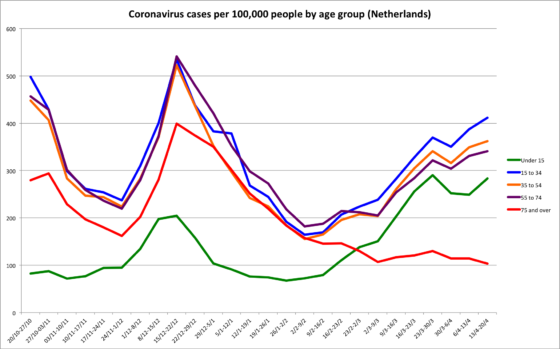 The figures show the virus spreading fastest in the under-25 population, with growth rates of 12% to 15% in all age groups except 15 to 19. In the 25 to 60 bands cases increased by 2% to 5%, while in the over-60s the number increased marginally or declined.

Among the 25 local health boards the number of cases per 100,000 people ranged from 163.7 in Drenthe to 520.3 in Zuid-Holland-Zuid, around Deventer. Nineteen regions are above the threshold of 250 for category 4 – ‘very severe’ – on the government’s alert scale.

The figures for the last 24 hours confirm the slower rate of growth in recent days. The RIVM recorded another 6,871 cases, 2.8% more than a week ago, while the seven-day average increased to 7,712. 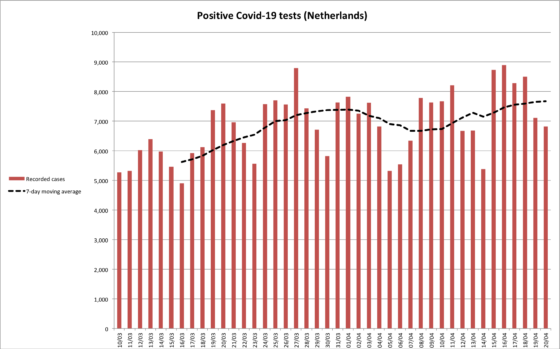 The number of patients in hospital with coronavirus increased by 109 to 2,653, of whom 823 are being treated in intensive care, 10 more than on Monday.

Another 22 people were confirmed to have died, in line with the seven-day average figure of 22, while 172 nursing homes with new infections in the last 14 days, compared to 174 a week ago. 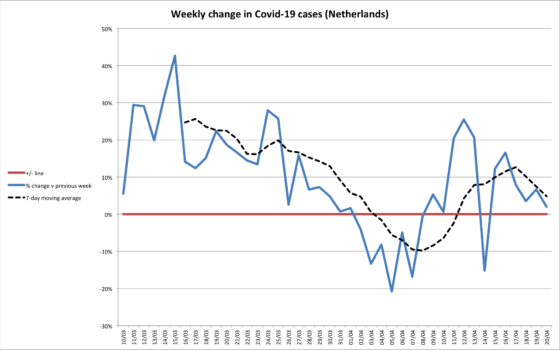