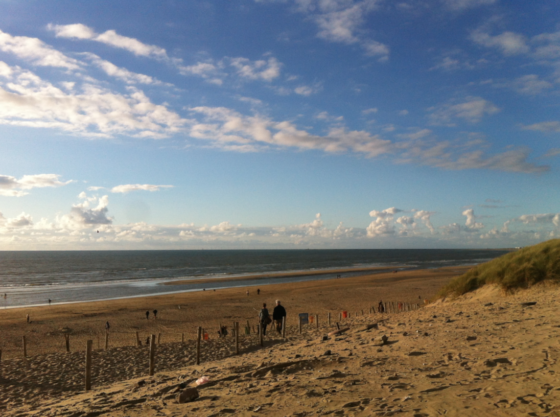 The North Sea: a source of more land? Photo: DutchNews.nl

The Netherlands has a history of winning land from the sea, and it should seriously consider doing so again, according to farmers’ organisation LTO Nederland.

The group, which represents farming interests, has published a 2021 vision document calling for more land to be given over to farming, and “serious” investigation into another reclamation project.

‘The Netherlands’ history is one of winning new land,’ it says in a press release. ‘LTO is proposing a serious, radical investigation into how we can go further now that it is already half a century since the last polder in Flevoland was drained.

‘Reclaiming land from, for instance, the North Sea, does not only have to serve agriculture and horticultural interests, but urban planning, recreation and nature could also get wind in their sails.’

In its study, the LTO suggests that such reclaimed land could be used for innovative, high-tech agriculture. ‘The possibilities for new land might be less easy pickings than in the past, but the demands for more space have never been higher,’ adds the report.

It says that in a survey of 3372 members this February, almost 45% supported reclaiming land for agriculture, and more than half said they needed more land while only 5% were willing to buy or lease this.

LTO chairman Sjaak van der Tak told the Parool that land management would be a major topic of discussion for the next government. ‘We want to pay a real role in this,’ he reportedly said. ‘Let’s start with a thorough investigation into the possibilities for new land, preferably in the North Sea.

‘This new polder of tens of thousands of hectares would offer space for modern and sustainable forms of livestock farming, seed potato cultivation, vegetables, flowers and bulbs. These sectors especially need extra hectares of land.’

There is some debate about how much Dutch land is currently given over to farming. The most recent CBS figures suggest that 54% of the land area of the Netherlands is used for agriculture. But when water space is deducted, agricultural use represents two-thirds of the remaining land.

A spokeswoman for the ministry of agricuture told DutchNews.nl that the LTO plan was more ‘a proposal for a new government’ and so could not comment on its feasibility.