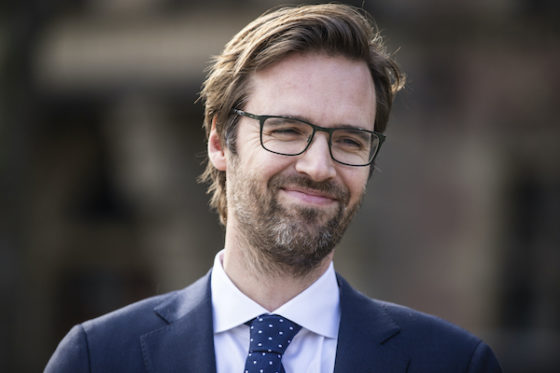 China has placed Dutch D66 MP Sjoerd Sjoerdsma on a sanctions list following the EU’s decision to impose its own sanctions against four Chinese officials for their treatment of the Uighur Muslim minority in the northwest.

The sanctions, the first since the 1989 arms embargo, were confirmed by EU foreign ministers on Monday

Sjoerdsma has been outspoken about the treatment of the Uighurs and earlier called on the international Olympic committee to cancel the winter games, which are due to be held in China.

He has also called for a parliamentary inquiry into Chinese influence in the Netherlands, focusing in particular industrial espionage and infiltration in the educational system.

Five members of the European parliament, two MPs from Belgium and Lithuania, two academics and four organisations are also on the Chinese sanction list.

Dutch MPs earlier voted to describe the Chinese campaign against the Uighurs as genocide.