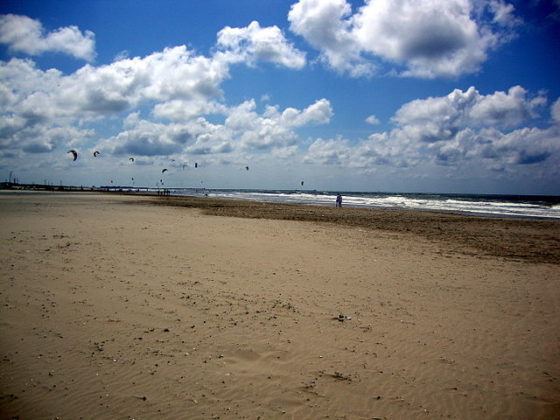 Dutch beaches are getting cleaner but debris from fishing is still number one on the list of pollutants, environmental organisation Stichting De Noordzee has said.

The organisation, which has been monitoring the Dutch beaches since 2001 on behalf of the government’s waterways department, analysed data gathered over the last 20 years and found that the amount of debris collected on the beaches has gone down by over a quarter compared to a decade ago.

Tourist beaches were not included in the analysis because the rubbish left by visitors is cleaned up every day during the summer and this would distort the results, the organisation said.

The number of balloons found on the beach went down significantly and there is less debris from fishing. However, fishing-related items still head the top five of pollutants, followed by pieces of plastic, plastic bottle tops and snack wrappings.

Between 2001 and 2010, an average of 388 pieces of rubbish were found on every 100 metres of beach. This has gone down to 282 in the last ten years. ‘This downward trend is giving us hope, ‘ programme leader Ewout van Galen said. ‘We must make sure it continues and put an end to waste in the North Sea’.

Van Galen said people are becoming more aware of the threat plastic poses to the ocean while national and international policies, such as a ban on balloons on the beach, free plastic bags and international laws on dumping waste, have been effective. Initiatives by locals, companies and social organisations, such as clean up drives and improving facilities for waste disposal by ships in ports have also helped.

Van Galen said the recent government decision to put a 15 cent deposit on small plastic bottles, effective from July and cans, which will also carry a 15 cent deposit  from 2023, is another step in the right direction.

The organisation is also calling for an effective application of the European guideline on disposable plastic products so more can be banned altogether and others recycled.