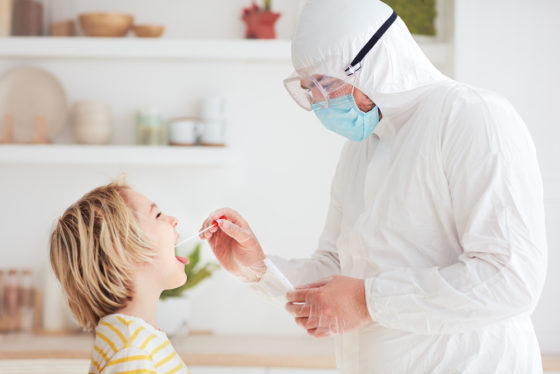 The number of positive coronavirus tests was 19% higher in the third week of February, partly as a result of increased testing, the public health agency RIVM said in its latest weekly report.

The decline in hospital admissions slowed markedly, while intensive care admissions increased by nearly 25%. The RIVM said infection control measures, such as the night-time curfew and the restriction on home visits, had cut the rise in infections by around 10%.

The latest calculation of the reproductive number R, dated February 5, was 0.99, a slight increase on the previous week and suggesting that infections stopped declining two weeks ago.

Overall 29,977 new cases were recorded in the seven days to Tuesday, compared to 25,229 the week before. The percentage of positive tests fell from 11.5% to 9.8% as testing levels returned to normal following the snowstorm two weeks ago, which forced testing centres to close. The total number of tests taken was up by 38%. 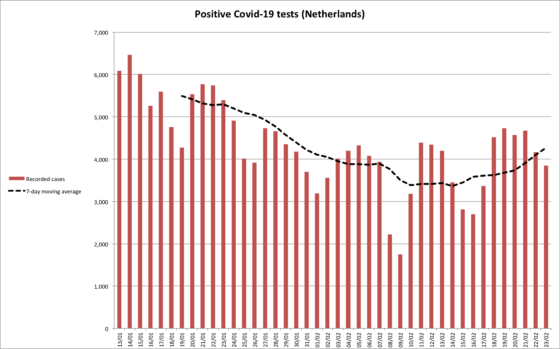 In total 1,140 people were admitted to hospital with Covid-19, including 240 who were transferred to intensive care. Another 418 deaths were reported in the last seven days, five fewer than the previous week.

The latest daily figures show 1,917 people are currently being treated in hospital for coronavirus, of whom 538 are in intensive care.

The increase in infections was concentrated in the young, with infections increasing by nearly 40% in the under-15 age group. The RIVM said reopening primary schools and creche facilities could explain the increase, as well as stricter rules for testing children.

The number of under-12s who were tested was 74% higher in the last week, with 8.6% of them testing positive for the virus. 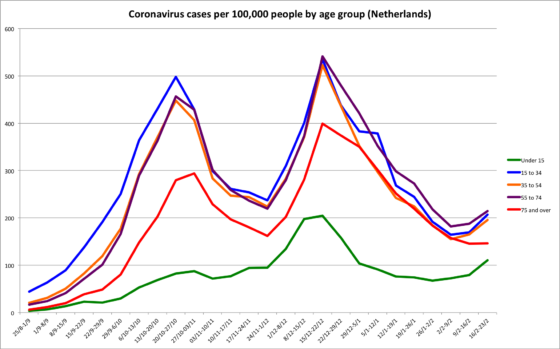 By contrast, infections rose by just 0.3% among the over-75s, indicating that the vaccination programme is bearing fruit. Nursing home residents began being immunised on January 18, followed a week later by people aged over 90 living at home. Since February 1 everyone over 85 has been eligible for a first dose. 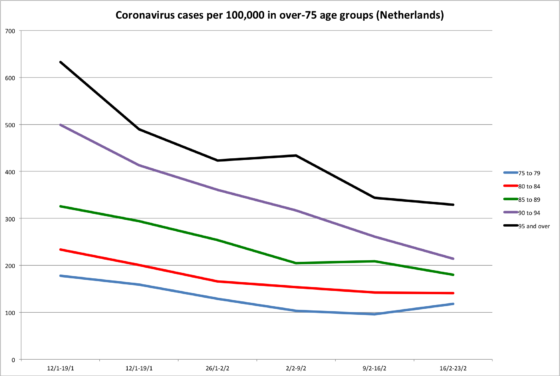 The spread of the virus is also declining in nursing homes, with 459 homes reporting an infection in the last two weeks, down from more than 850 in mid-January. RIVM member Aura Timen said: ‘All the signs are that the vaccine is having a modest effect. That effect should become more pronounced once everyone has received two doses.’

Around the 25 health board regions the number of confirmed cases ranged from 99.9 per 100,000 in Gelderland-Midden to 292.1 in Noord-Holland-Noord. The percentage of positive tests ranged from 7.0% in Flevoland to 11.4% in Rotterdam-Rijnmond. 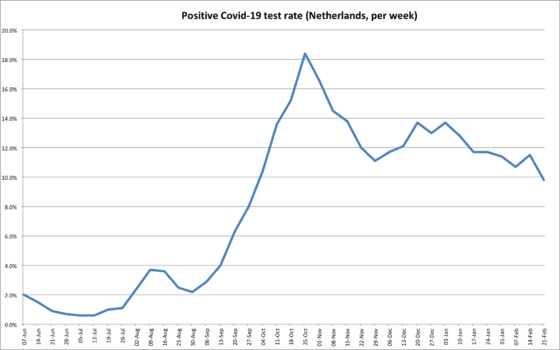