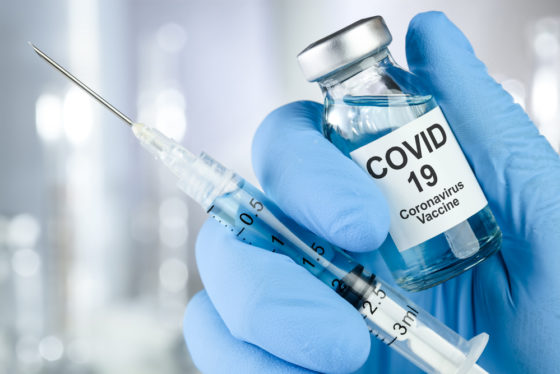 The decision to postpone the second dose of the Pfizer/BioNTech vaccine by two weeks so more people can be vaccinated in the first round is ‘not ideal’, experts have said, but is inevitable in the light of the threat posed by the more infectious B-117 variant.

Health institute RIVM initially put the recommended time between vaccinations at 19 to 28 days, based on the timeline adopted by Pfizer, but health minister Hugo de Jonge said on Wednesday that is now being extended to up to 42 days.

Marc Kapitein, director of Pfizer NL, told television talk show Op1 on Wednesday evening that approval for the vaccine is based on an interval of 21 days and that is what is officially recommended.

‘That 21 days did not come out of thin air,’ he said. ‘…Then we can guarantee 95% efficacy. If you extend it , we can’t give that guarantee. At the same time, given the risks of the British variant, it is understandable that that decision has been taken.’

Professor of immunology Marjolein van Egmond told broadcaster NOS that to postpone the second vaccination is ‘not ideal’ but safe. ‘The second jab is very important but to postpone it for a couple of weeks won’t make a huge difference,’ she said.

The Dutch medicines evaluation board CBG, which was involved in approving the vaccine, has also said it is not expecting the postponement to compromise efficacy, a spokesman told NOS.

Health minister Hugo de Jonge made the move based on the joint recommendation of the Outbreak Management Team and the national health council.

At Wednesday’s press conference, De Jonge particularly stressed the threat of new, more contagious strains. The B-117 strain first encountered in Britain now accounts for some 10% of infections and the RIVM has warned it may become the dominant strain in the Netherlands by March.

None of the parties is in favour of a longer wait than six weeks, as has been done in Britain, which could, the OMT said, result in ‘a sub-optimal protection between the first and the second vaccination’.

The new government vaccine information confirms the new schedule will apply to people who have not yet been vaccinated. Vaccinations of people who have had the first jab and who have already been been scheduled for the second dose, will go ahead as planned.

De Jonge told Wednesday’s press conference the much criticised Dutch vaccination programme will really speed up when the Astra Zeneca vaccine comes online. ‘That is the real game changer,’ he said.

The Netherlands has gone in big on the Oxford AstraZeneca vaccine and expects 4.5 million doses in the first quarter of the year and a further 5.2 million shots in the second quarter. The European Medicines Agency is expected to complete its assessments of the AstraZeneca vaccine at the end of January.