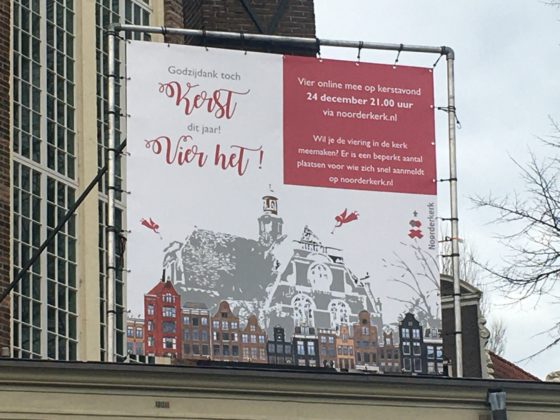 Nine of the 10 biggest coronavirus hotbeds in the Netherlands are classified as Christian council areas, according to research by Trouw, and based on figures from public health institute RIVM.

And 14 of the 20 local authority areas with the most coronavirus cases per head of the population are also categorised as Christian, Trouw said.

The list is led by the former island of Urk, where groups of youths have clashed repeatedly with police in recent weeks. Vught is the only place in the top 10 not classified as being part of the Bible belt.

Trouw defines a Christian local authority as one in which more than 20% of the population voted for one of the two orthodox parties – SGP or ChristenUnie – in the last election.

RIVM epidemiologist Susan van den Hof told Trouw there is no clear reason why there should be so many cases in the Christian communities.

One reason could be the relatively large family size and another could be the concentration of jobs with a few employers, both of which would enable the virus to spread relatively quickly.

In addition, pupils travel to different areas to staunchly Protestant schools, which will also help spread the virus within religious communities, she said.

Attending church need not be a direct cause, Van den Hof said, ‘if people keep to the rules, keep their distance, and don’t hang around chatting after the service’.

There has been widespread criticism of the government’s decision not to close churches, mosques and synagogues in the latest lockdown.

Last weekend, for example, a church in Barneveld in Gelderland welcomed hundreds of people to its service on Sunday despite an urgent government call to conducts services online and not congregate for fear of infection.

Responding to the criticism, Hans van der Velde, a spokesman for the Christian Reformed Rehoboth church, told the Telegraaf that apart from monitoring the social distance rule the ‘organ plays more softly so people won’t sing so loudly’.

Church leaders, both Protestant and Catholic, have called on their congregation not to attend large-scale mass celebrations and follow them online or with a maximum of 30 people. The Catholic church has also banned all Christmas eve services.