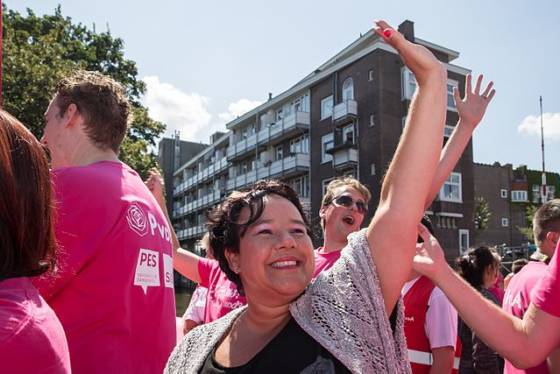 Amsterdam’s infrastructure chief Sharon Dijksma is set to be appointed the new mayor of Utrecht, replacing Jan van Zanen who has moved on to The Hague.

Dijksma, 49, is a career politician, who was the youngest ever MP when she first entered parliament for the Labour party at the age of 23. After several spells as a junior minister, she left parliament two years ago to take up the job of Amsterdam’s infrastructure and transport chief.

Dijksma said in a reaction that she hopes to meet Utrecht city councillors in the flesh as soon as possible, and that she wants to be the mayor of everyone in Utrecht.

In total, 27 people applied for the job, 11 women and 16 men. Mayors in the Netherlands are technically appointed by the crown. Dijksma first has to be approved by the home affairs ministry before king Willem-Alexander can rubber stamp the appointment.

It is not yet clear who will take over from Dijksma in the capital, where her primary role was overseeing the reinforcement of thousands of metres of canal banks and reducing traffic.

Utrecht’s current administration is a coalition made up of GroenLinks, D66 and ChristenUnie.