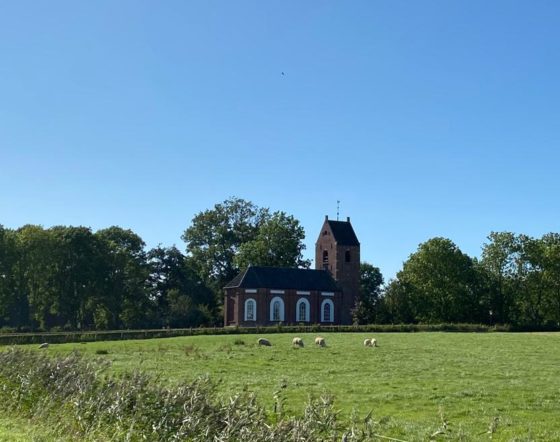 The Bible translation most commonly used in Protestant churches in the Netherlands, has been modernised but capital letters have returned to refer to God.

The NVB21, which stands for the new Bible translation for the 21st century, has been altered in 12,000 places making it ‘better, sharper and more powerful’, the Dutch Bible association NBG said.

It has taken nine translators three years to finish the new version which comes relatively soon after the last revision in 2004, which attempted to use a less archaic kind of Dutch.

Readers sent in some 3,500 suggestions for changes, many saying they regretted the lack of capital letters to refer to God, Jesus and the Holy Ghost. ‘Respect capitals’ as the NGB calls them, were last used in the 1951 version of the Protestant Bible.

The return of capital letters does not mean this version of the Bible has become more old fashioned, project leader Matthijs de Jonge told Trouw. ‘It’s not a step back. We are just connecting with a tradition that has never disappeared. For some He with a capital H hurts the eyes and for some he with a lower case h hurts the heart.’

De Jong said the new version is closer to the original Hebraic and Greek text. For example, the older version of the verse in which Adam is presented with Eve reads ‘Finally one that is equal to me’ has now become ‘This is she!’ in the new text.

‘That Eve is Adam’s equal is the conclusion, but that is not what the text originally says. It is better for Bible readers to draw their own conclusion than to interpret too much,’ De Jong said.

The new Bible translation will be published next year.