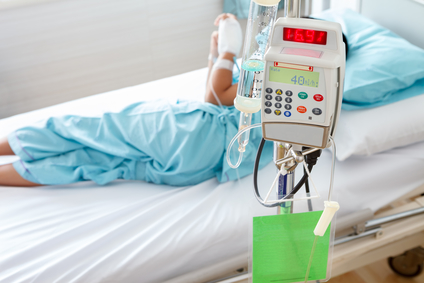 The Dutch government is discussing whether to change or clarify the law to help terminally sick children aged between one and 12 to die.

In a cabinet meeting earlier this week, health minister Hugo de Jonge raised the issue of a ‘grey area’ between doctors giving palliative sedation to relieve the suffering of these young people, and actively terminating their lives.

A report last year by experts at the medical teaching hospitals of Groningen, Rotterdam and Amsterdam found that a small group of children may be suffering because doctors are afraid of the consequences of actions that could hasten their deaths. Its survey of 72 doctors found the vast majority thought it was acceptable to actively end the lives of children under 12 in acute suffering, at their parents’ request, and that a new law should allow this.

There were, however, no signs that euthanasia was being carried out with children under 12 in the study of 296 deaths in 2015.

Although in Belgium euthanasia laws were extended to include all children in 2014, in the Netherlands, babies of under one who are severely ill can be helped to die under LZALP laws and the so-called Groningen protocol. Children from 12 to 15 can ask for help to die under Dutch euthanasia laws, if their parents agree, and young adults of 16-17 can request euthanasia but must inform their parents.

A spokesman for the Dutch health ministry said that a debate, expected earlier this year, had been postponed due to the corona pandemic. The issue of whether and what new laws are needed is now expected to be raised during a medical ethics debate next Thursday.

‘About a year ago, a piece of research on children’s doctors was published which suggested that they thought these children needed a new ruling,’ he told DutchNews.nl. ‘This isn’t something that the current cabinet can easily take a view on, because it contains both Christian and liberal parties. This will be part of the next debate but the current cabinet has not taken a view.’

Reports in some Dutch papers have suggested that the issue is likely to split the coalition. A spokesman for the ChristenUnie party, widely considered the most opposed, told DutchNews.nl that it does not oppose palliative sedation – strong painkilling sedatives which Dutch guidelines say can be given to adults if death is expected within 12 weeks.

‘There is a whole spectrum,’ he said. ‘We are against euthanasia for children, who are not considered mentally competent, but we have nothing against palliative sedation. Between them, there are a lot of different possibilities and the question is what the formal proposal will be. Actively ending a life is a very difficult and nuanced question and what are the boundaries?’

The general debate next week may also consider a proposal from D66 MP Pia Dijkstra to extend current euthanasia laws to allow healthy over-75s to request state help to die because they no longer want to live.