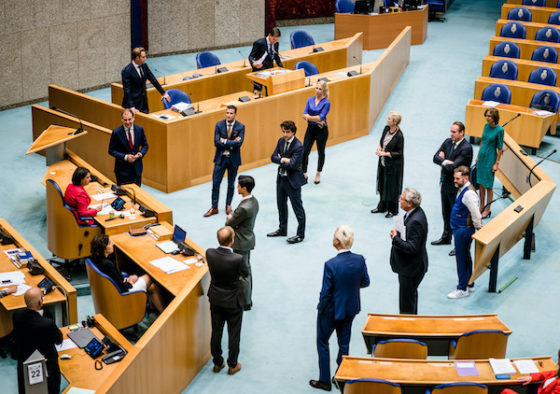 Eight more regions are this week likely to be added to the list of areas where the rise in coronavirus cases is worrying, prime minister Mark Rutte has told MPs.

But as yet no decision has been taken about new measures and talks are ongoing with local officials, Rutte said during Tuesday’s debate on the government’s coronavirus strategy.

Last week, six safety board regions, including those covering Amsterdam, The Hague and Rotterdam, were put on special measures – including earlier bar closing times – after a surge in positive tests.

In several other regions, the number of positive tests per 100,000 people has now topped the key indicator of seven, which is one of the government’s signals for action.

The number of positive tests in the Netherlands since the start of the pandemic is likely to top 100,000 on Wednesday or Thursday, and the government came under heavy fire from MPs across the political spectrum for failing to do enough to keep the virus under control.

In particular, MPs are angry about the failure to ensure enough testing capacity and the decision by a majority of local health boards to stop detailed contact tracing. According to health board chief Sjaak de Gouw, some 10,000 people a day are unable to make an appointment for a coronavirus test.

There should have been enough testing capacity by now, Christian Democrat MP Pieter Heerma said, while ChristenUnie called for an ‘honest story’ not ‘tough language’.

Perhaps, he said, the government should draw up a new road map, as it did at the start of the pandemic, so that people know what would happen in each region if more measures are necessary.

While the government announced last Friday that bar opening times were to be restricted, it was up to the six regions in special measures to announce more localised plans – which proved in most cases to be little more than stepping up enforcement in cafes and bars.