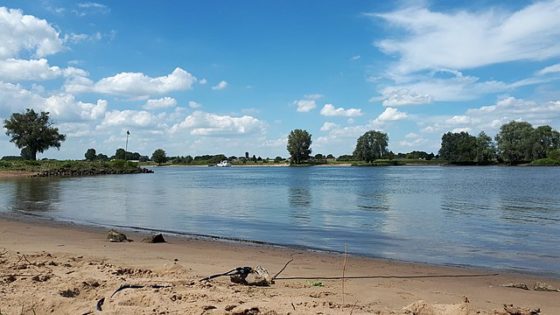 Van Nieuwenhuizen told MPs in May that former foreign affairs minister Halbe Zijlstra, now head of construction group VolkerWessels, had not put pressure on government officials to approve the plan, even though they were opposed.

Zijlstra too said his role had been purely to introduce officials to the owners of the waste, a fact repeated by Van Nieuwenhuizen in parliament.

However, using freedom of information legislation, Zembla has obtained proof that Zijlstra took part in at least one meeting between officials, and used emails and text messages to target senior civil servants.

Zembla reported earlier that senior civil servants at the transport ministry’s roads department pushed through the permit to dump half a million tonnes of granite waste into the artificial lake in Gelderland, even though the officials in charge of taking the decision had rejected it.

The waste, a clay-like substance left over when granite and sand are crushed and prepared for road building, comes from Amsterdam company Graniet Import Benelux in Amsterdam, which is part of stone import group Bontrup.

Chemists and other experts told Zembla earlier that the waste had been wrongly classified as ‘soil’ to facilitate the dumping and that any toxic substances could leach into the water.

‘You should certainly not dump this material into an uncontrolled system like a lake,’ environmental chemist Joop Harmsen told the programme. ‘You have no idea what the impact in the future could be.’

Transport ministry officials said earlier in a statement that granite waste can be dumped if it meets official conditions, ‘which this did’. ‘Retrospectively, the process of granting the permit could have been better,’ the statement said.

The lake at Over de Maas was created when sand and gravel was extracted for the construction industry and has already been the subject of dumping scandals – most recently involving waste from Belgium. The area is now being redeveloped into a nature reserve.