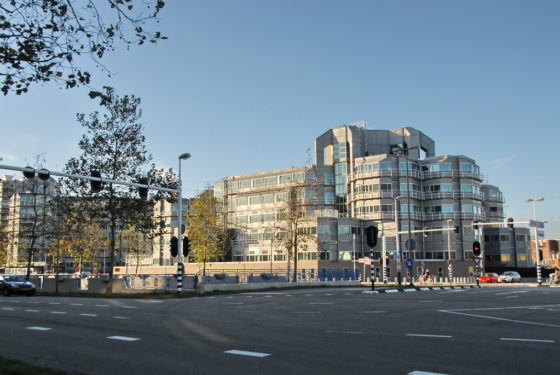 Police and the security service AIVD had a paid informant in the Dutch far-right group Nederlandse Volksunie (NVU) for two and a half years, according to reports in NRC.

Richard Prein was also an active member of the neo-Nazi group Racial Volunteer Force until the end of last year. He organised an anti-Israel demonstration outside the country’s embassy in The Hague last September with the knowledge of his handlers.

Prein distributed flyers, took part in demonstrations and wrote articles for the NVU’s house publication ‘Wij Europa’. His activism won him the trust of the party’s leader, Constant Kusters, who appointed him leader of a local faction within six months.

In 2018 Prein was voted Activist of the Year by party members, partly for co-writing a book, ‘The End Justifies the Means’, in which he described his ‘presence on the streets of various European countries where I became involved physically and intellectually in defending the interests of the nation, culture and people.’

Prein told NRC he was recruited about six months after joining the NVU in 2016. He received a total of €3,000 from the intelligence agency and police over two and a half years for information about far-right demonstrations and confrontations with hard-left groups.

During his time with the NVU he also passed on  information that shed light on the party’s links with football hooligans and Thierry Baudet’s Forum voor Democratie party. The NVU hired a venue in Badhoeverdorp, near Amsterdam, in 2017 for an FvD gathering, though the cost has since been repaid.

His relationship with his handlers soured when they were unable to secure him a Dutch passport so he could stand as a candidate in the council elections in 2018. Prein grew up in the Netherlands with a French mother and German father and only held French citizenship.

He said his recruiters became increasingly demanding while offering little in return, such as when left-wing groups tracked down his work email address and began sending him messages. ‘As time went by they saw me as part of the team,’ he said. ‘If they went on holiday I was expected to stay in the Netherlands and attend demonstrations.’

At the end of 2019 Prein left the Netherlands and broke off contact with both the NVU and the police and security service, he told NRC. He added he had approached the newspaper to ‘clear his name’ and show he had helped maintain public order.

Police and the AIVD declined to verify Prein’s account, which NRC said it had checked with sources within the NVU and family members. An AIVD spokesman said: ‘The law makes it impossible for us to make public statements about who we do and don’t talk with and what we discuss.’ Rotterdam police replied by e-mail: ‘We are extremely reticent about sharing information.’