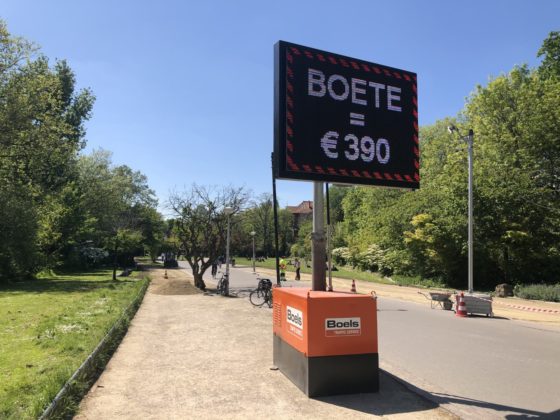 The busy parks and beaches during the Ascension day holiday weekend do not appear to have any impact on the spread of coronavirus in the Netherlands, according to Ernst Kuipers, head of the national acute care network.

Speaking to reporters on Monday afternoon, Kuipers said that fears that the overcrowding during the hot weather might have led to a spike in infections had not materialised.

In addition, the reopening of primary schools on May 11 would also appear not to have had an impact on numbers, he said. Nor has the decision to allow people in professions which involve close contact with customers, such as hairdressing.

‘We can tell because two and three weeks after the events, there has been no increase in hospital admissions,’ he said. Hospital admissions have risen in single figures for the past few days.

Hygiene measures, such as repeated hand washing, have played a role in stopping the spread of the virus alongside social distancing, Kuipers said. This, he said, can be seen from the slow in the spread of other infectious diseases, including flu.

Meanwhile, Amsterdam’s local health board has not so far seen any rise in infections which could be attributed to last Monday’s mass anti-racism rally on Dam square, mayor Femke Halsema has said in a briefing to councillors.

However, given that the incubation period for coronavirus is up to 14 days, there is still time for this to become apparent, she said.

Halsema is setting up an independent inquiry to look into the way both police and city officials reacted when it became apparent that far more people would come to the rally than had been expected.

An estimated 5,000 people turned up, making social distancing in the confined space impossible, but Halsema decided not to break up the crowd because of fears that there could be rioting.

In her letter to the council, Halsema said that radical anti fascist activists were at the demonstration.