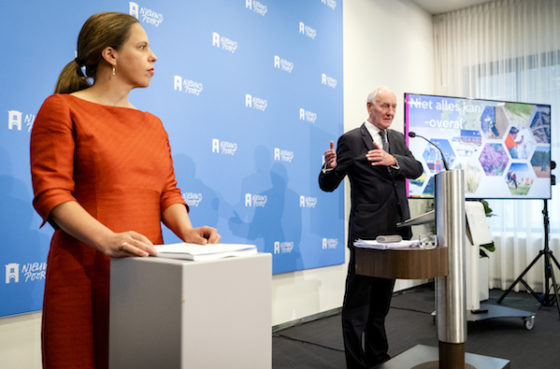 The government’s plans to combat nitrogen-based pollution are not ambitious enough and there is not sufficient evidence that they will allow nature to fully recover, the government’s special advisory committee on the issue said on Monday.

In particular, the government’s target of a 26% reduction in nitrogen emissions by 2030 does not go far enough, the committee, under leadership of Johan Remkes, said. The reduction, Remkes said, should be at least 50% and, more than that, be a requirement not a soft target.

The idea that the coronavirus crisis had removed the need for action on nitrogen compound pollution is a fallacy, Remkes said, adding that nature will not recover without concerted action.

Buying out farmers who want to stop will not be enough, particularly on livestock farms close to environmentally-sensitive areas, Remkes said. ‘Farming must make the biggest effort because it is responsible for 40% of nitrogen emissions in the form of ammonia,’ he said.

Last year, the Council of State, the highest Dutch administrative court, also said the government was not doing enough to cut nitrogen-based pollution, and that its plans would not meet targets or EU rules.

Since then the government has stopped many building projects, stopped livestock farms expanding, delayed the opening of Lelystad airport to commercial airlines and reduced the speed limit on all roads to 100 kph during the day.