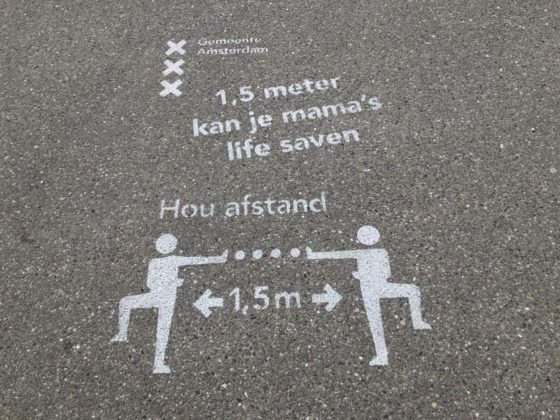 The Netherlands has doled out fewer fines to corona rules offenders than neighbouring countries, with France and Spain topping the European league table.

Not all measures and fines are equal. The level depends on the severity of the coronavirus outbreak in each country and the attitude of their police forces, broadcaster NOS, which totted up the figures, said.

Dutch police have a policy of preferring a friendly word to a fine, but fines have been handed out to 8,800 people so far, mostly for failing to comply with the 1.5 metre rule despite a warning. The bill for flouting that particular rule is €390 and a police record.

In Belgium some 27,000 people have had to pay a €250 fine so far, mostly for banding together in groups or making non-essential journeys. Half of the offenders were younger than 30.

France had one of the strictest lockdown rules, including requiring people to fill out a form before leaving their homes. Anyone caught outside without papers had to pay a fine of €135. Until now French police have dished out 915,000 fines totalling €123m. Lawyers are already contesting the legitimacy of the fines, saying they might be unconstitutional.

Some of the highest fines have been recorded in Spain. Penalties for unauthorised outings before the rules were eased on Monday could be anything from €600 to €10,000. Some of the fines will now be looked into by the Spanish ombudsman to see it they were reasonable. In total 837,000 tickets have been handed out so far.

The United Kingdom had the lowest number of fines with 6,000. British police have sometimes uses unorthodox methods, NOS said, such as in Derbyshire, where black liquid was poured into a lake to discourage swimmers.

No national records are kept for Germany but fines can mount up to €25,000. Serious infringements which might endanger life can be punished by up to five years in jail.