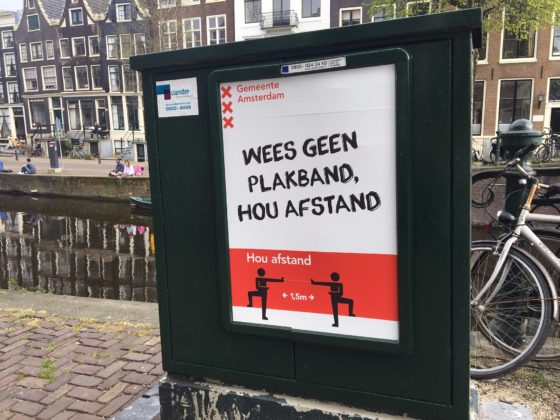 Dutch scientists are calling on politicians to use the coronavirus crisis as an opportunity to make society fairer and ‘radically sustainable’.

In a manifesto published in Trouw, a group of 170 sociologists and environmental scientists from eight Dutch universities said that the disruption of economic certainties caused by the pandemic offers a chance for radical reforms. These could include the introduction of a universal basic income and debt cancellation for poor countries, the scientists state.

‘The neo-liberal economic system demands an ever-growing circulation of people and goods, despite the innumerable ecological problems and increasing inequality it is causing. The last few weeks have laid bare the great weaknesses of this machine for growth,’ the manifesto said.

It is ironic that big businesses are now having to ask for financial support while sectors like healthcare and care for the elderly, which had to fight for sufficient finance not so long ago  are now labelled ‘crucial’, the manifesto continued.

A new economic policy geared towards a fairer division of prosperity would include a basic income, a higher tax on income, profit and capital, plus shorter working weeks and job sharing.

Food  production, too, must be made more sustainable by promoting circular agriculture, they said.

Developing countries, small businesses and freelancers have been particularly hard hit by the crisis and should be exempt from paying back their debts, the group argues, calling on the IMF, the World Bank and more affluent countries to come up with a plan to make this happen.

These measures will contribute to a sustainable and fairer society which will be better equipped to fight future pandemics and protect groups that are now suffering disproportionately from the effects of the crisis, the scientists said.