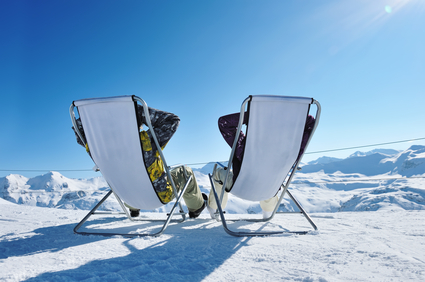 Nearly 400 Dutch nationals have signed up for a mass claim against the authorities in Tirol for failing to take action to stop the spread of coronavirus during the skiing season, broadcaster NOS reported on Tuesday.

Winter sports destinations such as Ischgl and Sankt Anton were still open for skiing and apres ski parties at the beginning of March. Thousands of European holidaymakers are thought to have become infected there but despite warnings Tirol was not named a risk area.

It was not until March 15 that the entire area was closed down.

The Austrian public prosecution service is now trying to establish if any laws were broken such as ‘reckless endangerment through infectious diseases’, NOS said.

One of the Dutch claimants, Susan de Best, was part of a group of 13 people who went skiing in Ischgl at the end of February, of whom 11 developed coronavirus.

‘We were not given proper information,’ she said. ‘And the worst thing is, one of us who was not ill and did not know he was infectious went to visit his mother. She died of coronavirus three weeks later.’

Lawyer Peter Kolba, who is collecting the Dutch claims on behalf of the Austrian consumers association VSV, told NOS that people did not want to see what was going on.

When coronavirus was identified at a hotel in Innsbruck on February 25, it was sealed off, he said. ‘When 10 days later the same thing happened at a tourist hot spot, the reaction was “we’ll disinfect the space and change the staff but leave it open”,’ Kolba told NOS.