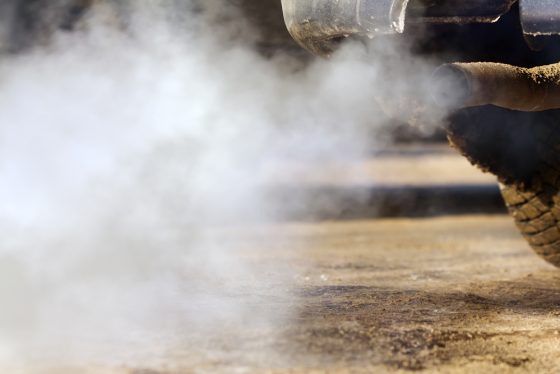 A Dutch foundation is taking car maker Volkswagen to court on behalf of 8.5 million car owners to demand compensation for manipulating emissions tests in the Dieselgate scandal.

The Diesel Emissions Justice Foundation is taking advantage of new legislation in the Netherlands allowing mass claims and giving plaintiffs the right to go to court if the company concerned refuses to reach a settlement.

Robert Bosch, the company which developed the software used to fiddle the emissions reports, car importer Pon and a number of Dutch car dealers are also named on the legal documents.

In autumn 2015, Volkswagen admitted that it had sold 11 million cars worldwide with secret ‘defeat device’ software that ensured it would pass emissions tests in a laboratory, while the cars emitted higher levels of pollution on the road.

‘This law offers access to justice for millions of injured customers, both within and outside the Netherlands,’ said the foundation’s managing director Femke Hendriks in a statement. ‘Volkswagen has rejected our invitation to engage in negotiations, which compels us to go all the way.’

The car company’s actions, she said, had caused ‘tremendous harm’ to consumers, the environment and public health. ‘It is time for Volkswagen to be presented with the bill for its fraudulent actions across Europe.’

Volkswagen has already paid billions in damages and fines as a result of legal proceedings in the US, Australia, Canada and South Korea but has largely escaped in Europe.

In February the company agreed to pay out €830m to 400,000 drivers following a case brought by German consumer groups.

‘This is the first time that Volkswagen has taken responsibility for its actions in Europe and is attempting to dispel the past, although only for a small part of affected consumers and for relatively small amounts,’ Hendriks said.

In 2017, the Dutch consumer and markets association fined Volkswagen €450,000 for ‘unfair commercial practices’ for advertising cars as eco-friendly ‘while the results of emission tests had been manipulated by illegal software.’

Volkswagen told DutchNews.nl in a reaction that when the case starts, Volkswagen will defend itself, ‘as it believes there is no basis for the compensation of damages or other remedies for consumers in the Netherlands’.

‘Our customers in the Netherlands have not suffered any loss or damage, as all cars can be used in traffic and are safe,’ the statement said. ‘They are still driven by more than a hundred thousand customers every day. All necessary approvals are valid and in place. For these reasons, we see no legal basis for customer complaints. This new initiative does not change this position.’