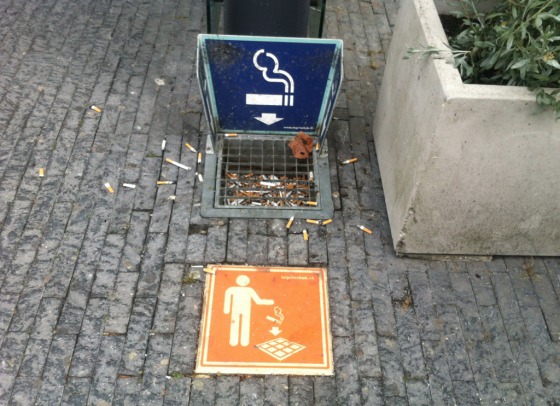 One non-smoker dies as a result of passive smoking for every 50 people who smoke, according to a study by Amsterdam’s UMC teaching hospital.

Researcher Leonard Hofstra, professor of risk profiling in heart disease, said the findings illustrated the dangers of second-hand smoke and the need for stricter anti-smoking laws.

‘The risks of passive secondhand smoke are still underestimated,’ said Prof Hofstra. ‘These results show that a smoker is also an offender who damages non-smokers.’

Exposure to second-hand smoke increases the risk of heart attacks and lung cancer by 20% to 30%. Passive smoking killed around eight times as many people in China than coronavirus in the first three months of 2020 – 25,000 compared to 3,000.

The researchers also found that the risk of passive smoking was lower in countries that limited smoking in public. In the United States 80 to 90 smokers contribute to the death of a single non-smoker, while in the Middle East and Asia the ratio is around 40 to 1.

Prof Hofstra said the Netherlands was lagging behind other countries to reduce exposure to smoke. ‘Smoking is still allowed in the car, even if there are children. In Flanders you’ll be fined almost €1,000 for that,’ he said.

The number of heart attacks is reduced by 15 to 20% in two years in places where smoking is banned, along with the number of children admitted to hospital with asthma attacks.