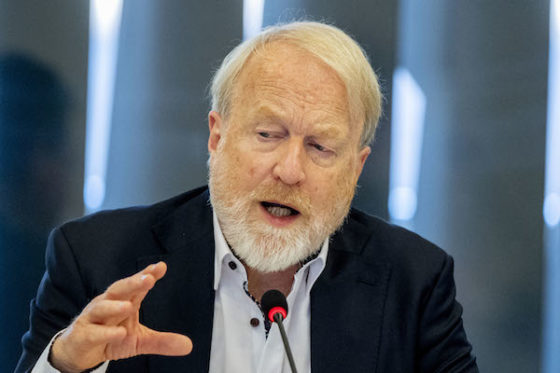 The measures which the Dutch government has taken to stem the spread of coronavirus would appear to be having an effect, Jaap van Dissel, head of the public health institute’s infectious diseases unit, has told parliament.

‘We can talk about a positive trend,’ Van Dissel told MPs in a briefing. The government closed restaurants, bars and schools on March 15 and introduced a ban on mass gatherings, a ban which was stepped up on Monday.

Initial estimates show that the infection rate – the number of people infected by a carrier – is on or below one, rather than two to three as it was earlier, Van Dissel said. ‘The exponential growth of the outbreak would appear to have been halted.’

This would mean technically that number of infections would rise in a straight line rather than a curve.

Nevertheless, Van Dissel warned that mass visits to the beach or failing to keep a distance from others would be seen in the rise in the number of official cases.

Asked about when the restrictions on movement might be lifted, Van Dissel said it is difficult to predict. The RIVM aimed to make sure the situation remains manageable, he said. ‘I expect we will be busy with this for several months more.’

Some 546 people are being treated in intensive care wards at Dutch hospitals for coronavirus while the number of beds available has been expanded to 925, according to the Dutch intensive care association.