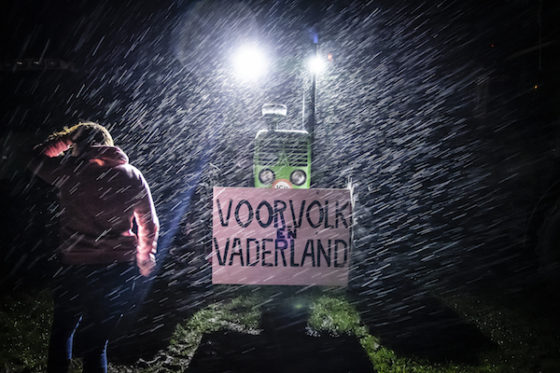 Farmers on their way to The Hague. Photo: Anjo de Haan via HH

Hundreds of farmers on tractors are again heading for The Hague on Wednesday for a new protest against government policy .

The protest has been organised by militant farming organisation Farmers Defence Force, which has called on farmers not to use the motorways or drive their tractors on to the Malieveld near the Dutch parliamentary complex.

Farmers are not allowed by law to drive their tractors on motorways and several dozen have already been fined for doing so, police said on Wednesday morning.

Last year’s protests caused major delays for commuters and caused thousands of euros worth of damage to the grass.

The demonstration has been called by farmers who criticise official calculations about how much nitrogen-based pollution is caused by farming, particularly livestock and dairy.

MPs are due to debate the issue on Thursday and a dairy industry think-tank Mesdag Zuivelfonds, is also due to publish its own version of the figures later that day.

The government has already allocated €350m to help farmers who want to shut down their operations plus €172m towards making livestock farming more sustainable.