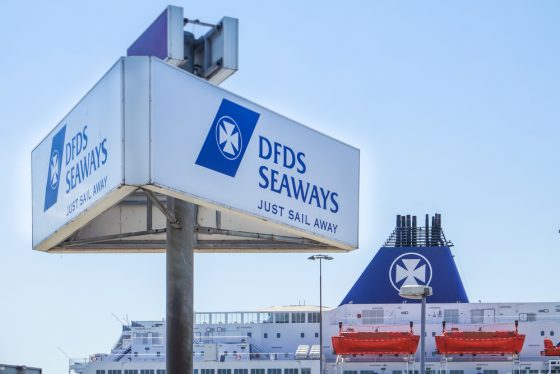 Harbour and military police officers caught 1,480 people trying to hide in containers and lorries to get to Britain last year, a rise of just over 100 on 2018.

Most were Albanian and Afghan nationals, broadcaster NOS reported on Wednesday.

However, there was a sharp drop in the number of people caught trying to board the DFDS Seaways ferries from IJmuiden to Newcastle – 325 compared with 475 in 2018.

‘There were more solitary stowaways,’ DFDS director Ralph Bosman told the broadcaster. ‘It used to be mainly groups. Although we did see a few large groups of 20 to 30 people this year.’

In early November, 11 men, one woman and four youngsters, one said to be clutching a teddy bear, were found in a lorry heading for Newcastle.

Later the same month, 25 stowaways were found in a refrigerated lorry on a DFDS cargo ferry heading from Vlaardingen to England, most of them claiming to come from Iraq and Kuwait.

And in August, 27 Vietnamese nationals were found in a refrigerated lorry at Hook of Holland, including a number of children. An Irish lorry driver was arrested on suspicion of people trafficking.

The justice ministry told NOS that the number of stowaways varies from year to year. Officials are planning to step up their controls, including bringing in more dog patrols, the broadcaster said.