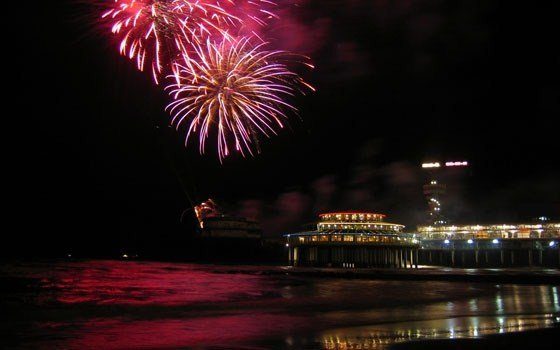 Junior coalition party ChristenUnie is the latest to come out in favour of restrictions on the sale of fireworks to consumers, in the wake of this year’s New Year celebrations in which two people died.

The party now backs placing responsibility for organising fireworks displays in the hands of local ‘firework clubs’ who will be able to set up New Year shows with permission from local authorities.

ChristenUnie was already in favour of a ban on rockets and firecrackers but is now willing to go further. ‘People died,’ said MP Stieneke van der Graaf. ‘If so much goes wrong, then you have to act.’

By setting up local firework clubs the tradition can be preserved in a safe way, Van der Graaf said.

Support for more restrictions on the sale of fireworks has been growing since the New Year fireworks frenzy, during which 1,300 people sought treatment for injuries and 13 people lost an eye.

In parliament, there is majority support for a ban on the sale of rockets and large firecrackers and both Amsterdam and Rotterdam are moving towards a ban on consumer sales.

The Dutch pyrotechnic association BPN has also gone public with its concerns and says it supports recommendations made by the Dutch safety board last year. The OVV called for a ban on the sale of rockets and firecrackers to consumers.

‘The current problems at New Year, during which vandalism and violence by a small group overshadow the entire event, are not in keeping with the celebratory traditions which we want to see,’ the organisation said in a statement.

Consumers spent a record €77m on fireworks in the run up to New Year.