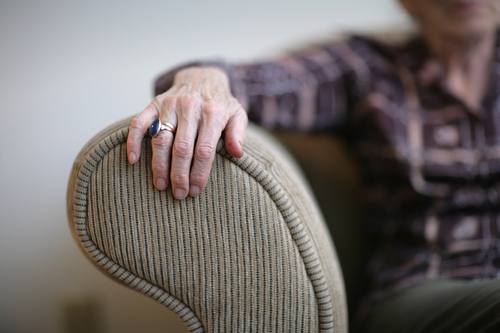 The number of people dying after a fall has risen in 2018 and mainly elderly people who live alone are affected, CBS figures show.

In 2018, an average of 13 people a day died after a fall, compared with eight in 2014. The tally of 4,628 deaths does not include falls from bikes, mopeds or disability scooters. Most people die after falling in their bathroom.

A contributing factor is the fact that the elderly are living alone and in their own homes for longer, CBS researcher Dick ter Steege said.

‘It is quite remarkable that a person who is 90 now has a bigger chance of dying from a fall than 90-year-old would have done ten years ago,’ he told broadcaster NOS.

Among the reasons the elderly suffer a fall at home are a reaction to medication and a reluctance to listen to advice, district nurse Fouzia Chahid told the broadcaster.

‘People think, I’ll just get this or that quickly from the bathroom and they leave their walker outside the door. But it doesn’t need much for an accident to happen.’ She also stressed the importance for personal alarms for the elderly.