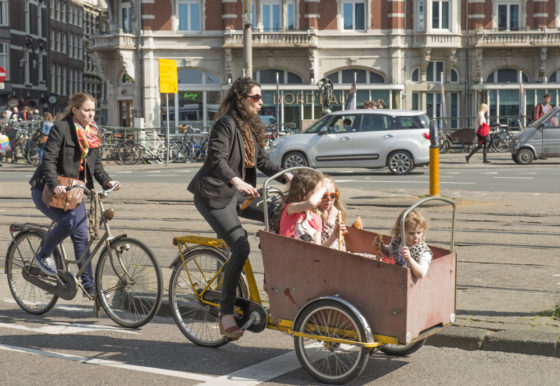 The average Dutchman and woman are getting both taller and heavier, the national statistics agency CBS said on Wednesday.

Women are 1.5 centimetres taller, with an average height of 1.67 metres, and weigh 72 kilos. Their weight has gone up by 4.7 kilos over the period, a far higher proportion than among men.

The figures come from the latest CBS health survey and are based on self-assessment.

The CBS researchers found strong regional differences. The smallest people were in Limburg and Brabant, who were on average three centimetres shorter than the tallest at the other end of the country in Friesland and Groningen.

People in Drenthe and Flevoland are the most likely to be overweight and in both provinces, over half the population are too heavy, the CBS said.

The CBS said in April that a diet of junk food and calorific drinks is driving up the weight of young Dutch adults, and one in four are officially classified as too heavy.

While there is little difference between men and women, youngsters with a non-western background are more likely to be seriously overweight than the native Dutch.

The new figures show that people with a non-western background are also likely to be shorter than the native Dutch, the CBS said.