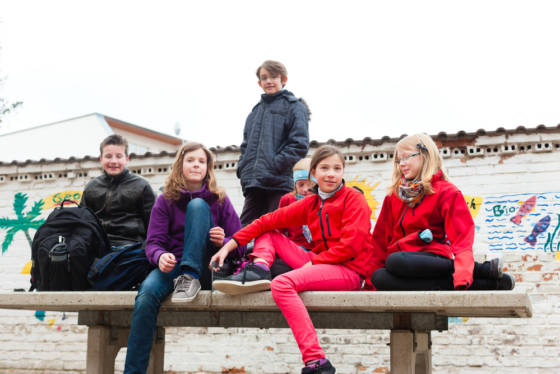 Mesman and her team analysed 16 maths and 17 Dutch textbooks used by pupils in their first year of secondary school and found women and people with a minority background are both underrepresented.

‘If you feel that your textbook is about you, this motivates you. It gives you the idea that you too can do it,’ Mesman said. Previous research has shown, for instance, that girls understand chemistry texts better if these are accompanied by pictures of female scientists rather than only pictures of male ones, she said.

The research team discovered just 28% of the characters with a job were women, while men were over-represented as scientists, athletes or as doing some technical. People with an ethnic minority background were more likely to have a low status job such as truck driver. In total, the researchers identified nearly 13,000 characters in the 33 books.

Mesman also found only 9% of the characters had ‘non-Western names’ even though people with ethnic minority roots make up 13.4% of the population. In terms of pictures, however, non-westerners accounted for 16% of the characters.

‘It would appear that those providing illustrations for the books are more aware of depicting different ethnic backgrounds,’ says Mesman. ‘Perhaps because a picture says more than a name in a text.’

Interpreting the likely impact of the under-representation and stereotypes is difficult, Mesman says, adding that obvious stereotypes were rare.

‘But children are very sensitive to subtle, hidden messages,’ she said. ‘Our research shows that stereotypes have also crept into textbooks, albeit unconsciously. Now it is up to the publishers to make a conscious decision about how they want to deal with sex and ethnicity in their books.’

‘The publishers cooperated with this study from the outset because they too are keen to hear the results,’ said Stephan de Valk, director of GEU, the branch organisation for providers of learning resources and tests.

‘The publishers will discuss the results with their authors so that the unconscious stereotyping referred to in the reports can be avoided in future.’