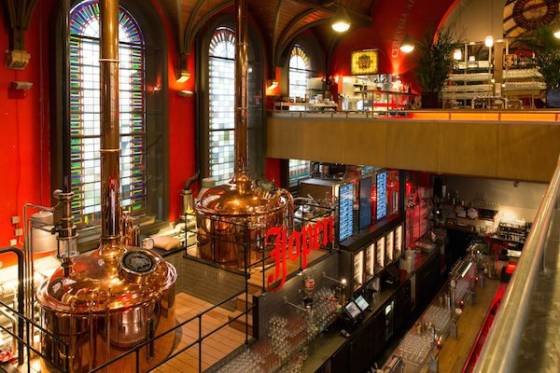 The Dutch government investment fund has released a list of the companies in which taxpayers money has been invested, the Financieele Dagblad reported on Tuesday.

Among the recipients of cash from the Dutch Venture Initiative are the underwear company launched by designer Marlies Dekkers, shoe maker Fred de la Bretoniere (now bankrupt), and the Jopen brewery in Haarlem, the paper said.

The money, which was earmarked for innovation, also went to television production house Tuvalu, mortgage advisor Ikbenfrits, ticket selling agency Tiqets and PR bureau Kingfisher as well as a raft of tech and biotech firms.

The fund was set up in 2013 as a ‘fund of funds’ to support fast-growing innovative companies, which were finding it difficult to get funding on the capital markets. Almost all European countries have a similar fund.

The DVI had some €400m in available capital, part of which came from the EU. Two years ago the FD reported that most of the money had gone to companies based outside the Netherlands.

The economic affairs ministry is currently looking into selling the DVI.

Leen Meijaard, one of the three fund board members, told the FD that the investments in lingerie and other companies are justified because they are ‘innovative in the transition from the old to the new economy.’

‘It is important that Dutch jobs are being created,’ he said.

However critics have questioned the strategy behind the investments. ‘Are these companies really important to the Dutch economy? I don’t think so,’ Jaap Koelewijn, professor of corporate finance at Nyenrode Business Universiteit said.