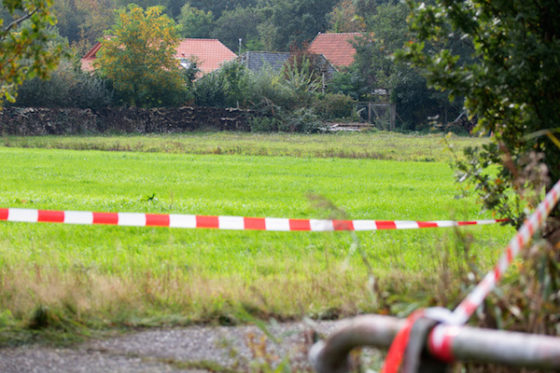 The house seen through the trees. photo: Herman Engbers via HH

More details have been emerging about the family of seven found living in a small space on an isolated farmhouse in Drenthe earlier this week.

According to the Telegraaf, the oldest son, who was instrumental in calling the police to the farmhouse, was active on social media nine years ago but began posting Facebook links to climate activist events and news again this June. He may also have an Instagram account and joined Twitter in May.

However, Facebook sleuths point out that it is easy to change the date of a Facebook posting and that most of the posts were placed or reprocessed on either September 15 and October 12.

‘Begun a new job at Creconat,’ Jan appears to have written on June 6. Creconat is allied to the woodworking company native Creative Economy in Meppel which was owned by Josef B, the 58-year-old man arrested in connection with the case.

The youngster, first named by the Telegraaf as Jan, has also posted several photographs which many have been taken on one of the nights he went to the local bar in Ruinerwold, where he eventually asked for help.

Police have also now confirmed that none of the family members were included in the official Dutch population registry, which would explain why they were able to live under the radar, possibly for as long as nine years.

As yet it is unclear if the youngsters, aged 18 to 25, actually are related but they claim to be a family, the Telegraaf reported.

On Tuesday evening the Telegraaf and AD reported that the man who rented the property and was arrested is an Austrian national known as Josef B.

The papers described the man, 58, as a wood-worker and an odd-jobs man.

Why the family had spent nine years living in a small space in the farm B rented on the edge of the village of Ruinersvold remains a mystery. More may emerge on Thursday when B will appear in court for a remand hearing.

The police have made clear that six young adults and their father were living on the isolated farm near a village of 4,000 people, but their relationship to each other and to B is still unclear.

‘It is unclear if they remained there voluntarily’ the police statement said.

Landlady Alida ten Oever (66) told the paper that B always paid the rent promptly and that she had never noticed the presence of other people on the property. ‘We are quite perplexed about it all,’ she told the paper.