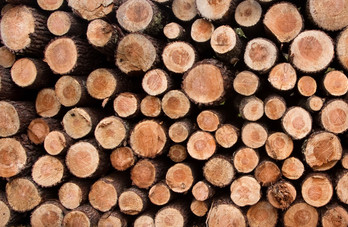 Electricity company RWE will import thousands of tonnes of wood pellets from the US next year to burn in Dutch biomass power plants, with the help of billions of euros of government subsidy, the AD said at the weekend.

In total, 628 biomass installations in the Netherlands will get some €11.4bn in subsidies, of which €2.6bn is going to the RWE power plants in Geertruidenberg and Eemshaven, the paper said.

One US wood pellet producer – Enviva in North Carolina – has a contract to ship at least 200,000 tones of pellets per year across the sea to RWE between 2020 and 2024.

Earlier this month, the European Academies Science Advisory Council (EASAC) said that governments should stop wasting billions of euros in subsidising biomass power plants because it is unsustainable.

In addition, burning wood does not produce very much energy and the net amount of CO2 which is released is greater than when burning coal or gas, the researchers said.

The AD points out that CO2 released by burning the wood pellets in the Netherlands is registered to the US which is a misleading ‘book-keeping trick’.

And, it says, locals and campaign groups in the US are also angry about the pollution which creating the wood pellets causes, as well as the damage to local forests.

Enviva told the AD that all the wood pellets sent to the Netherlands are properly certified. But Andrew Whitehurst of green group Healthy Gulf told the paper many forests are in private hands and the owners do not always keep to the rules to only use waste wood.

‘Our nature is being damaged so that you can show off with your climate policy,’ Whitehurst said. ‘It is unfair.’

Other research has also shown that the rules are being widely flouted. ‘The production of wood pellet biomass in the southern United States for buyers in Denmark, the UK, and the Netherlands comes hand-in-hand with forest destruction and imperiling the climate,’ the Dogwood Alliance said.

RWE spokesman Rob Hageman said that the company does its utmost to meet the rules, ‘otherwise we would not get any subsidies and we would make a loss on generating electricity’.