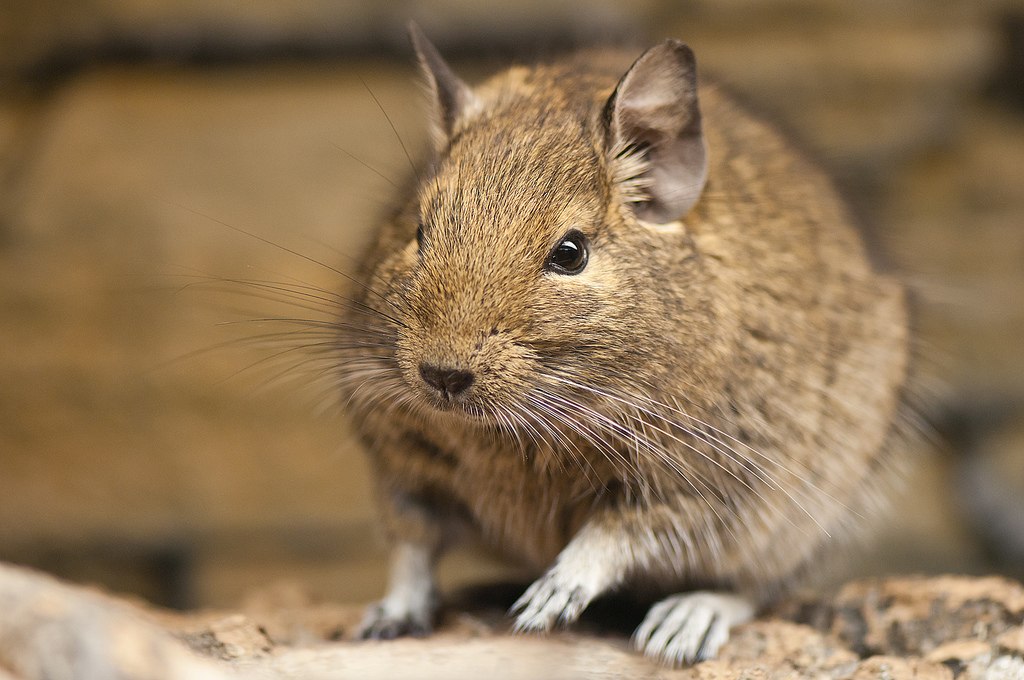 The degu is a Chilean rodent. Photo: Wikimedia Commons

Some 53 species of exotic animals were legally and illegally traded in the Netherlands between March and May this year, exotic animal refuge Stichting AAP has found.

The refuge started its investigation because the number of requests for help made by people who have underestimated the often complex care needed by exotic animals have tripled since 2010. AAP did not look at the actual number of animals being traded but specifically monitored diversity.

AAP said it wants to raise awareness of the kind of animal which can be cared for as pets in the Netherlands without problems. The agriculture ministry is working on a list at the moment but until such time, AAP says, its inventory shows enforcement of the existing rules will have to be taken more seriously.