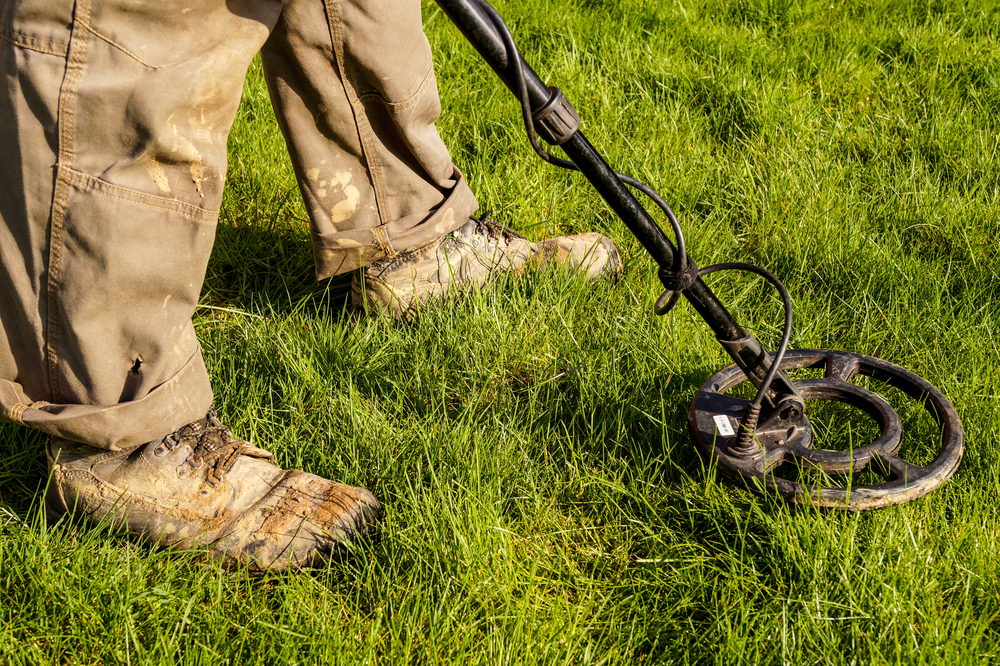 A thousand year-old rare sceat coin has turned up near Born in Limburg, broadcaster NOS reports.

The coin, whose name is derived from the old German word for schat, or treasure, is over a thousand years old and is particularly rare for Limburg.

Finder William Posthouwer from Born is not telling where his metal detector bleeped as he is still investigating the area but said the find was his ‘most spectacular ever‘.

‘This coin was minted at around 700 AD and of a continental runic type,’ ancient coin specialist Paul Beliën told the broadcaster. ‘Only 24 out of the more than 3,000 sceat coins found in the Netherlands were discovered in Limburg and just four are of the very rare continental runic type.’

Sceats were mainly used along the coast of Friesland and that is why they rarely made their way as far south as Limburg.

It is hard to put a present-day value on the coin, Beliën, who works for the Dutch Bank, said.  ‘But we do know from historical sources that in the Middle Ages you needed 36 sceats to buy a cow.’

The find was first recorded on a metal detector’s website in Belgium in  April 2019.