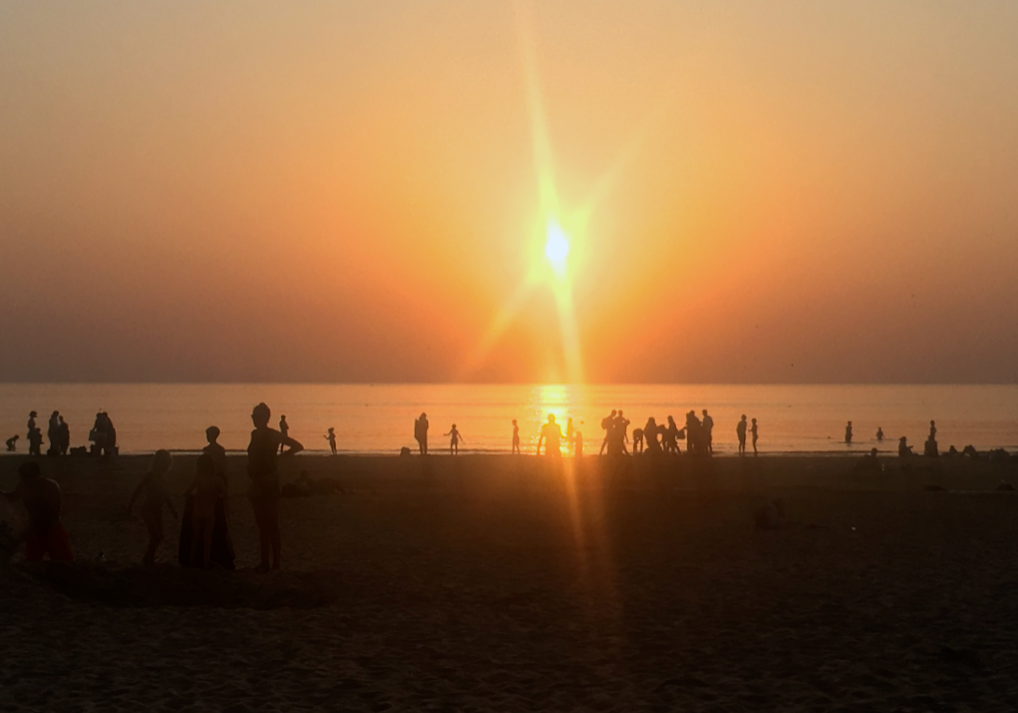 The Dutch beaches were busy on Thursday evening. Photo: DutchNews.nl

The Netherlands is now officially in the middle of a heatwave, with daytime temperatures of over 25 degrees for five consecutive days.

And Thursday night was the warmest on record, with the temperature just dipping below 23 degrees at the De Bilt weather station near Utrecht. This means it is officially known as a ‘tropical night’, of which there have been just seven since records began in 1901.

The lowest temperature recorded last night was 20 degrees on the Wadden Sea island of Vlieland and in Ell in Limburg.

Friday too will be hot, with maximum temperatures of 38 degrees in the south and south east, and 30 degrees on the south coast. There will be some high cloud in northern areas.

Friday is the last of the very hot days.The weekend is a different picture, with cooler temperatures and thunderstorms, as well as sunny spells.

Next week is a mixed bag, with sunny spells and some showers, and temperatures in the low 20s.