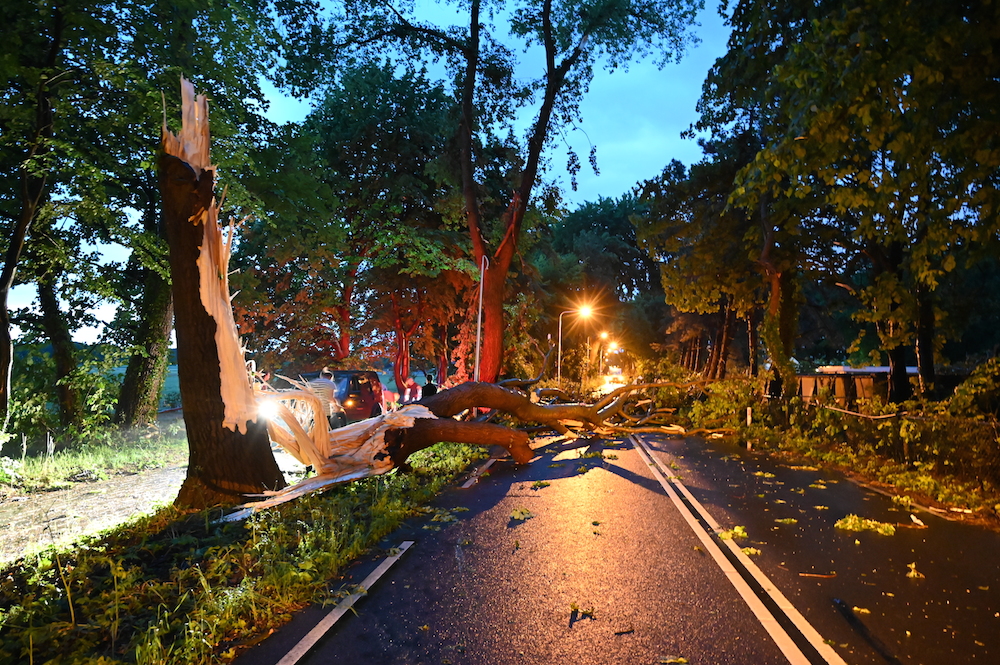 The severe storm which swept over the Netherlands on Tuesday night left a trail of damage in its wake, bringing down trees, disrupting train services and damaging property.

In Eindhoven, several cars were damaged by falling trees and in one case, a woman and three small children were spared injury when their car was hit, website Nu.nl reported.

Across Gelderland many trees were brought down and a whirlwind in Rheden damaged dozens of cars and at least 10 homes, Nu.nl said.

The strong winds and very heavy rain also disrupted train travel in the province and it will take until early Wednesday afternoon to fully restore services.

The KNMI had upped its weather warning to code orange before the storm hit and winds of up to 126 kph were recorded on the Wadden Sea island of Schiermonnikoog.

Weather bureau Weeronline said that in the area stretching from northern France to north of the Wadden islands, over 60,000 lighting flashes were recorded as the storm passed.

In Amsterdam there were reports of flooded cellars after extreme quantities of rain fell in a few minutes.