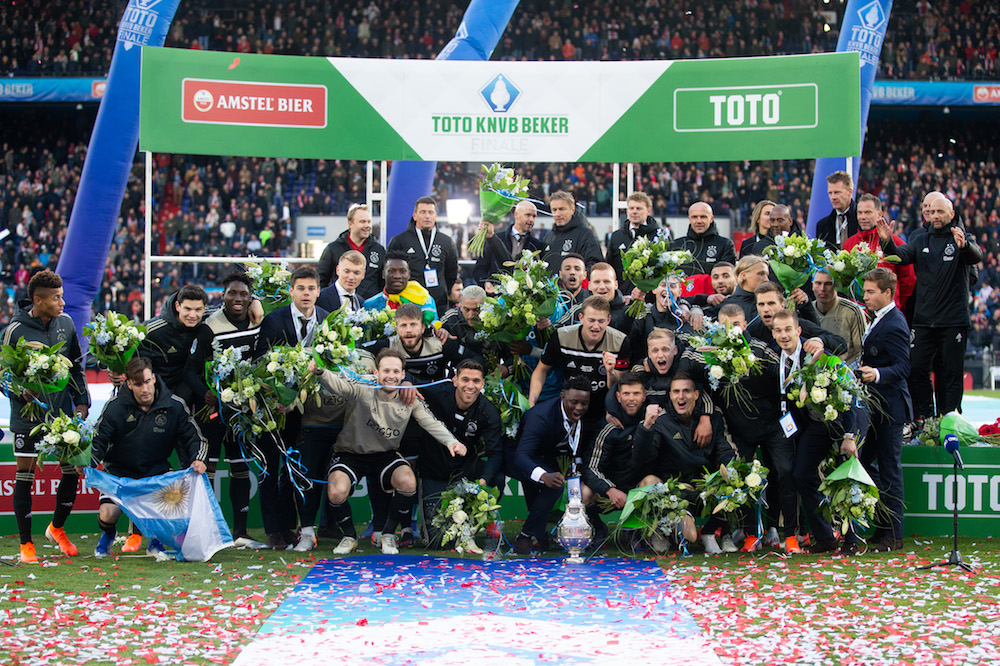 A 4-0 win over Willem II of Tilburg gave Amsterdam football club Ajax victory in the Dutch Cup competition for the first time since 2010 on Sunday.

Daley Blind opened the scoring in the 38th minute, followed by goals for Klaas-Jan Huntelaar in the 39th and 67th. Rasmus Kristensen sealed the Ajax win in the 76th.

Ajax had not won a national competition since 2014 when they last took the league title. The Amsterdammers are currently ahead of PSV on goal difference in the Eredivisie title fight, with two matches still to play.

Ajax next face Tottenham in the Champions League in the second leg of their semi-final tie on Wednesday.

Congratulations to Ajax on winning the Dutch Cup! 🏆🥳🎉

The first part of a famous treble along with the #UCL and Eredivisie? 🤔 pic.twitter.com/QZ9M0GKJ6R