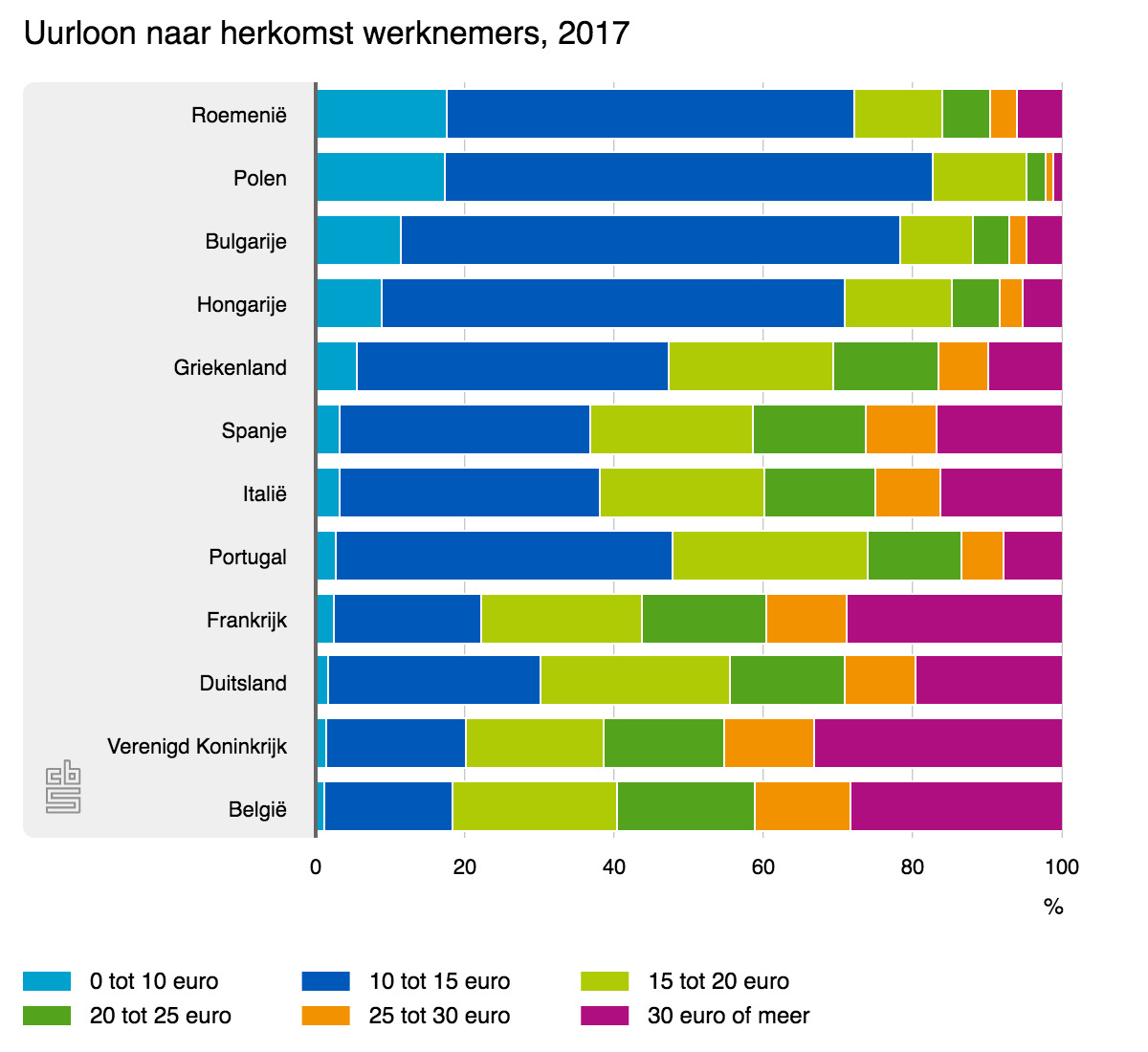 Workers from Poland, Romania and other eastern and central European countries earn the lowest wages of all immigrant groups, according to new research from national statistics office CBS.

Workers from central and eastern Europe tend to work in the agricultural and food-processing sectors, which are traditionally low wage.

Other CBS figures also published on Thursday and which date from 2016, show 60% of foreign workers in the Netherlands have left the country again after six years. Around 10% last less than a year in the Netherlands.

European Union nationals are most likely to stay in the Netherlands.