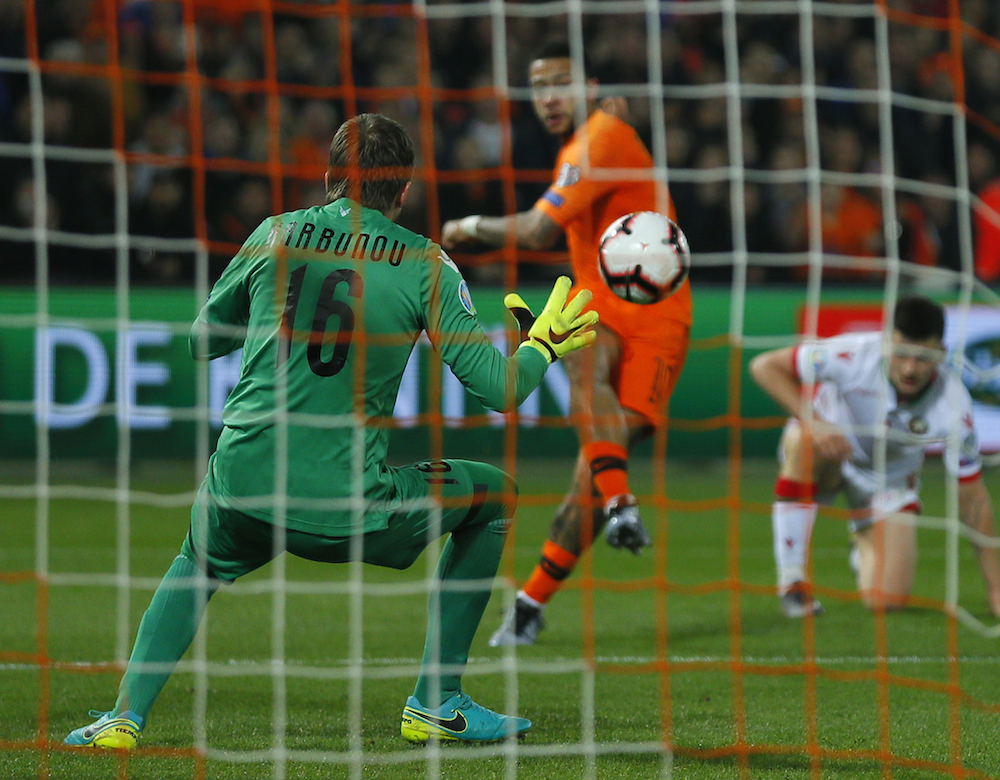 The Netherlands kicked of their European championships qualifying campaign in strong form on Thursday evening, with a 4-0 home win over Belarus.

Memphis Depay stole the show, scoring in both halves and setting up two more for Georginio Wijnaldum and Virgil van Dijk.

However Oranje captain Van Dijk warned after the game that the team will have to improve its performance again in Sunday’s match against Germany.

‘Germany is building a new team, but that does not mean they don’t have some great players,’ he told reporters. ‘It is going to be a good match.’

Oranje, which failed to qualify for the last European championships, is in group C alongside Northern Ireland and Estonia as well as Belarus and Germany.

‘For me, the Germans are still the favourites in our group,’ Dutch defender Maarten de Roon told website Uefa.com. ‘They have an exceptional team. We played them twice in the Nations League and had a bit of luck on both occasions. But I think most people expect us both to qualify from this group. We have to make sure we don’t disappoint.’

4-0, that’s how it’s done! Great way to start the year with the Dutch squad pic.twitter.com/GT0pO4AZUc