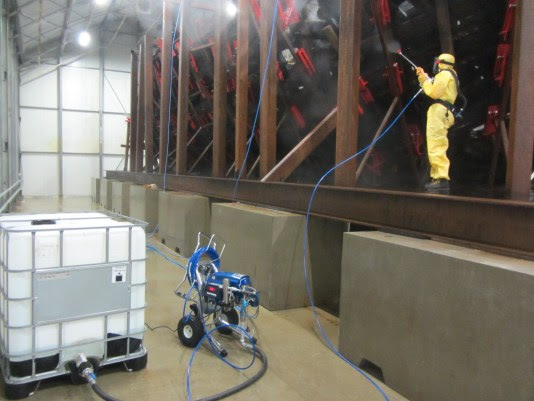 Work on the ship has started. Photo: Batavialand

Conservation work on a 14th century ship found near Kampen on the river IJssel has started this week after a storm early last year demolished the roof of the conservation station.

The IJsselkogge, one of a fleet of 100 trade ships belonging to the Hanseatic city of Kampen, was raised from the river bed in 2016 after being discovered in 2011.

Although the ship was not completely dismantled, archaeologists think the 20 meter long ship was sunk, along with two smaller vessels, to prevent sand from building up in the river and blocking what was a vital waterway in the Hanseatic trade network.

The find is considered to be a unique one which underlines Kampen’s importance as a trade link in the Middle Ages.

The ship’s length indicates it was a sea-going vessel which would have transported wood and cereals from the countries around the Baltic Sea, salt and wine from France, beer from Germany, herring from Sweden and wool from Britain.

Cogs played a vital part in Medieval transport because of their superior design which allowed them to better weather storms and keep on course.

The ship, which was transported to Dutch heritage site and museum Batavialand in Lelystad, will undergo a special wood preservation process there which will take six years to complete. It will then go on show at the site.