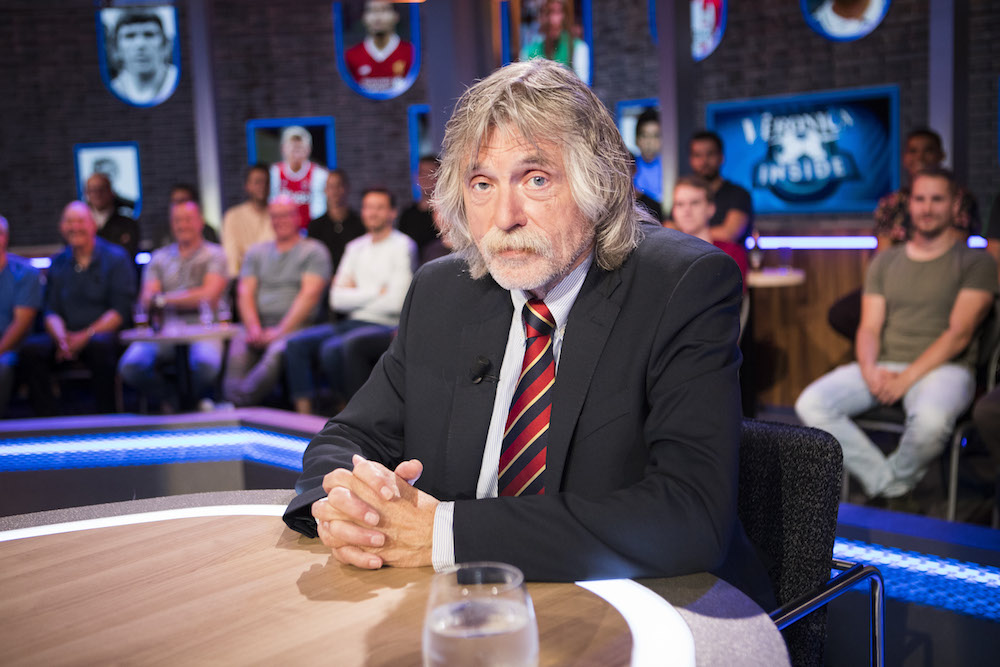 Emancipation minister Ingrid van Engelshoven has invited football commentator Johan Derksen to an open debate on comments he made about a petition to make football more gay friendly.

Derksen said on television show Veronica Inside that the people who drew up the petition were ‘two young, hysterical little gay men’. ‘Grow up,’ Derksen said. ‘We have to stop going on about how awful it is to come out of the closet. If you have a bit of character, you just do it.’

‘These sort of comments have hurt a lot of people and cannot go unchallenged,’ Van Engelshoven said. ‘Imagine you are 16, sitting on the sofa watching your football programme and you hear this.’

‘Derksen says it is accepted to be gay but that is not the case,’ the minister said. ‘It is extremely difficult for a lot of people.’

Derksen’s comments have led to a new social media campaign using the hashtage #sorryJohan, in which people share their painful experiences of coming out.

Derksen has not yet commented on the minister’s invitation to debate.

The former football player is no stranger to controversy. In 2016, he came under fire for making racist remarks after saying that a black television presenter would be as ‘running around as a proud as a monkey’.

He later apologised, saying he had mixed up his metaphors.

And earlier that year, he hit the headlines for saying Moroccan players are spoiling amateur football. Derksen said some amateur clubs no longer function or are disappearing because their percentage of players with a Moroccan background is too high.

‘I will be dismissed as a racist but I really don’t give a damn,’ he told the show.