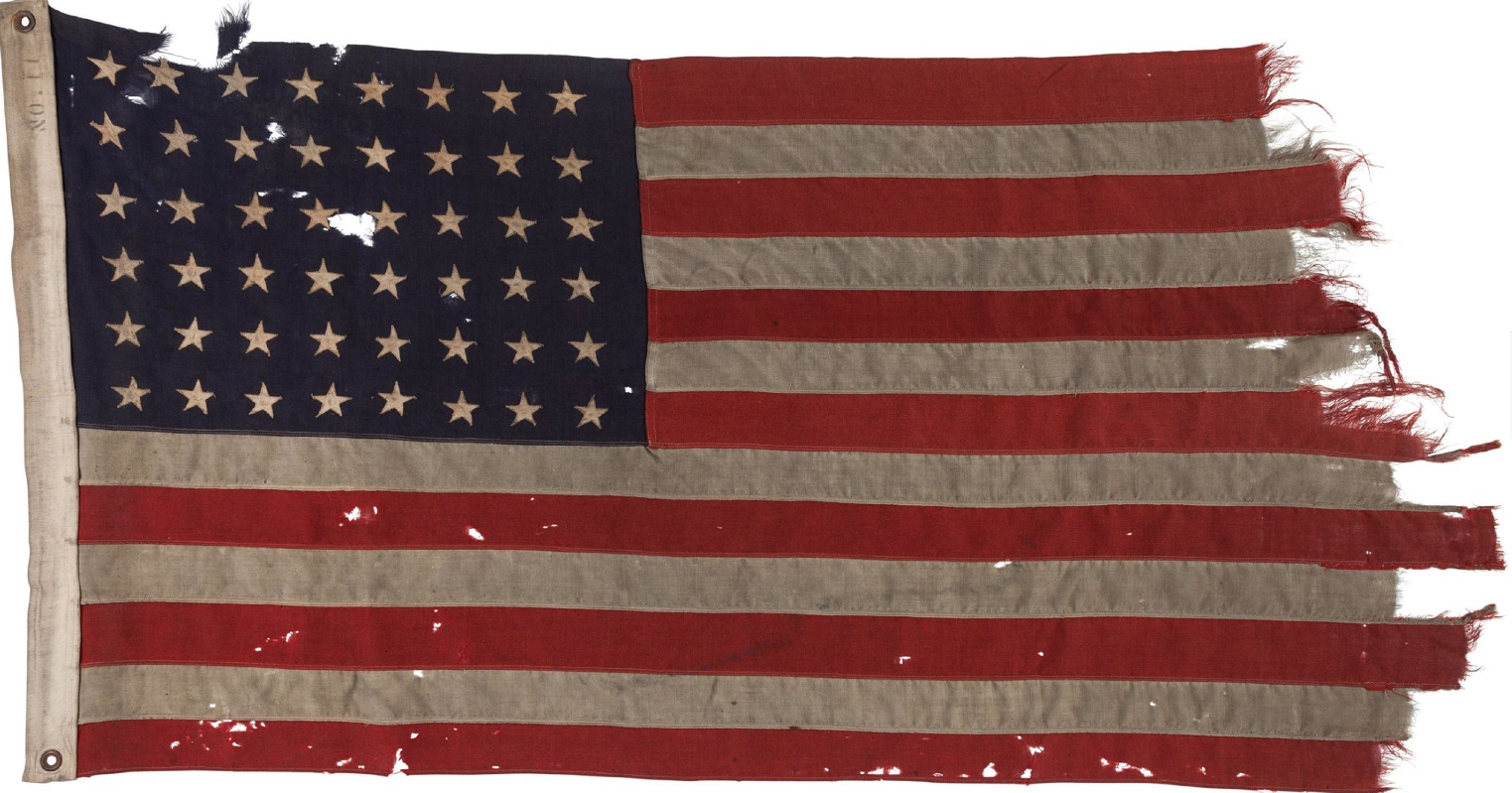 The Dutch art collector who bought the American flag flown on the boat that led the first US troops to Utah Beach during World War II has offered it to US president Trump, if he comes to the Netherlands personally to pick it up.

Bert Kreuk bought the flag at auction in Texas for $514,000 in 2016. ‘I did not actually realise the price, it was so emotional,’ he told broadcaster RTL news at the time. ‘It still has bullet holes. It is so special.’

D Day took place 75 years ago next June, and Kreuk says he now wants to donate the flag to the US. ‘We think it belongs in the US. It is a symbol of liberation and one of the most important flags in American history,’ broadcaster NOS quotes him as saying.

Trump should pick up the flag in person because ‘it would honour everyone who fought and died in the war’, Kreuk said.

The US ambassador to the Netherlands Piet Hoekstra is delighted that ‘the Dutch want to give this flag to the United States’, NOS said.

‘We are in talks with the White House and with the US ministry of foreign affairs,’ he said. ‘I cannot make decisions for the president, but I am doing my best.’

Dutch prime minister Mark Rutte gave Trump a copy of the flag last year, and describes it as ‘special evidence of the long-lasting relationship’ between Europe and the US.

Kreuk, for his part, has earmarked June 5, 2019 for the handover. This is the day before Trump is in France to celebrate the 75th anniversary of D Day.