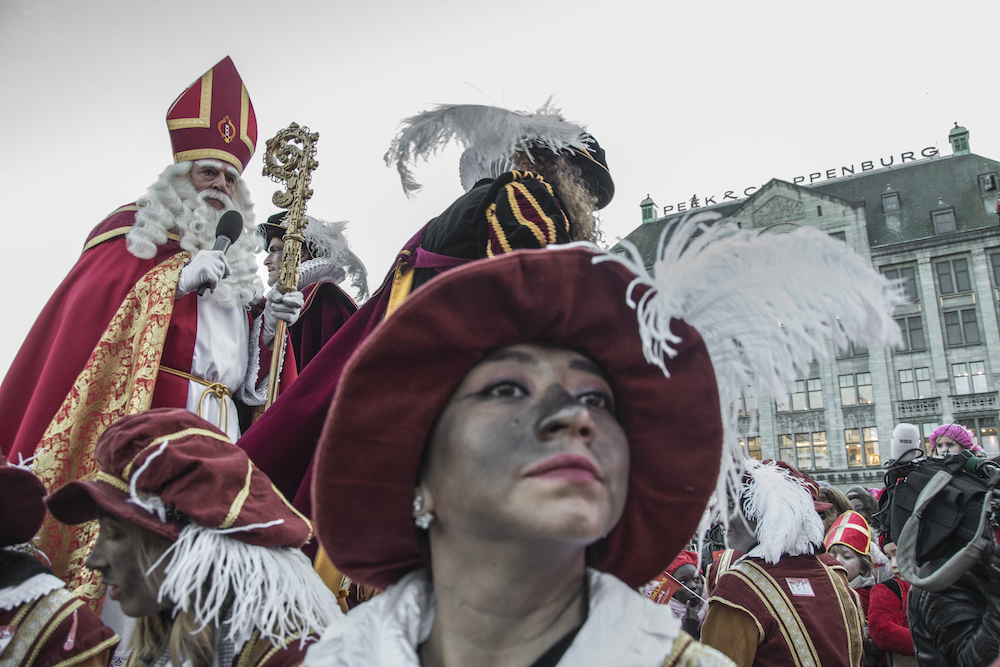 Amnesty International, the national ombudsman and the director of the Centre for Public Order and Security have condemned the way police and local mayors dealt with the violence targeted at this weekend’s anti-Zwarte Piet demonstrations.

In particular they have criticised the decisions to stop demonstrations early or to ban them altogether because of the threat to public safety, as happened in Nijmegen, The Hague, Leeuwarden and Den Helder.

This is due to the ‘wrong signal’ sent out last year when police failed to ensure anti-Piet demonstrators could reach Dokkum to protest during the arrival of Sinterklaas, law professor and director of the public order institute Jan Brouwer, told the Volkskrant.

Amnesty International spokesman Emile Affolter and several politicians have now called on prime minister Mark Rutte to condemn the violence. ‘Rutte should make a strong statement,’ Affolter told broadcaster NOS. ‘He remains silent but saying nothing is also a signal.’

GroenLinks leader Jesse Klaver has also called on Rutte to speak out. ‘What I saw this weekend was quite incredible,’ Klaver said. ‘Peaceful demonstrators were being intimidated by hooligans, with racists slogans, had things thrown at them, were physically attacked in some cases,’ he said.

‘In some towns, demonstrators had to take shelter at police stations. In other places police could not guarantee the demonstrators’ safety and banned the event altogether.’

The prime minister should now speak out to make it clear what the Netherlands stands for, he said. ‘It is time for a clear political signal against racism.’

The worst violence was in Eindhoven, where an estimated 250 football hooligans and pro-Piet activists surrounded a small group of demonstrators on Saturday, throwing eggs at them and hurling racist abuse.

In Tilburg on Sunday, police arrested 44 pro-Piet demonstrators to stop them attacking a small anti-Piet demonstration. Local mayor Theo Weterings said afterwards the police had intervened in a timely fashion to stop any trouble.

The group demonstrating against Piet ‘held a peaceful demonstration and kept to the rules we had agreed,’ he said. ‘It is a shame that another group wanted to disrupt the demonstration.’

The main Sinterklaas procession in Zaandijk passed off without any trouble, although AD reporter Cyril Rosman spotted three men waving flags associated with the neo-nazi NVU.

In Amsterdam on Sunday, 400,000 people turned out to welcome Sinterklaas, who was accompanied by 350 sooty-faced Piets. The Dutch capital has been phasing out the traditional blackface make-up over the past few years.

Two opinion polls published this weekend both show that most Dutch people still support the traditional blackface Piets but that more people are amenable to change.

In particular, young people are more likely to support a shift towards sooty faces, the EenVandaag and Maurice de Hond polls show.