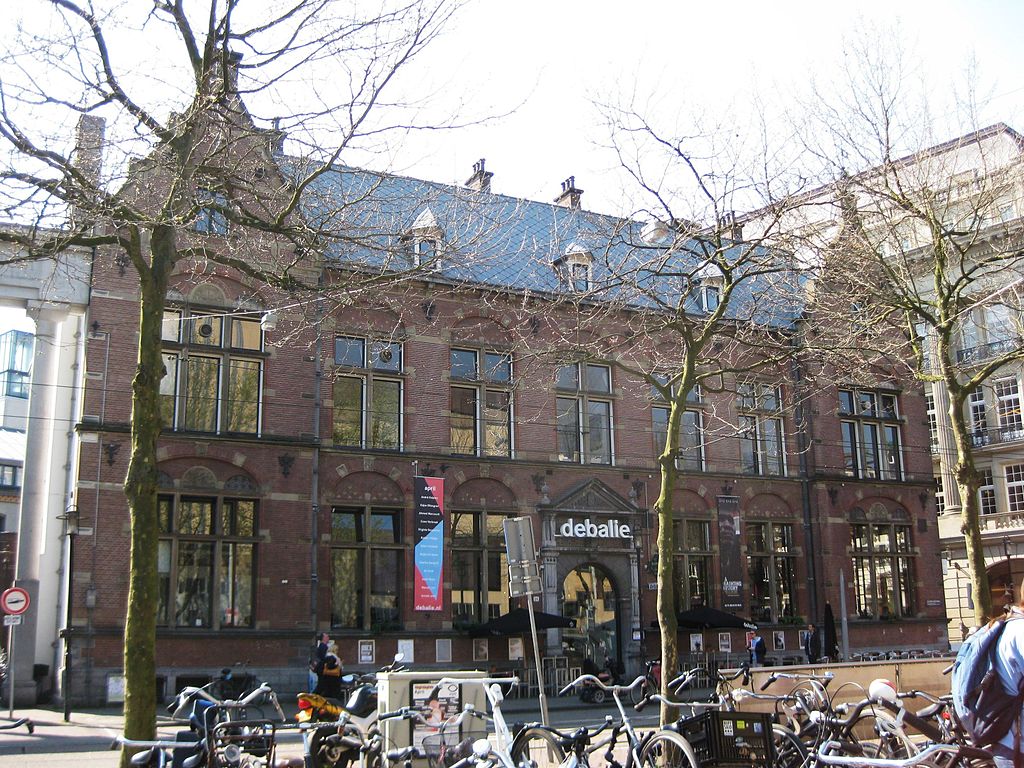 The Balie debating centre where the man was spotted. Photo: Marion Golsteijn via Wikimedia Commons

A man spotted at the Balie debating centre in Amsterdam last September and accused of being a former IS fighter by Syrian activists has been arrested on terrorism charges.

The public prosecution department says they consider it likely the 32-year-old was active for Islamic terror group Jabhat al-Nusra before coming to the Netherlands. He was given a temporary residency permit in 2014.

The AIVD security service says it has information that the man comes from the IS stronghold Raqqa and that he may have been involved in terror attacks which resulted in several deaths.  He was arrested at his home in Amsterdam.

Last December the man told the Volkskrant in an interview he had never been part of the Islamic militant group. He gave the interview after being spotted watching a film about the Raqqa is Being Slaughtered Silently collective by activists from the organisation itself.

Dutch security service sources told the Volkskrant at the time that the man is ‘a serious case’ and they were aware of his presence before the Balie debate.

But the man, named by the paper as Aziz and who goes under a different name in the Netherlands, told the Volkskrant he had never had anything to do with IS. He said he had been jailed along with 11 other members of a book club who ‘read banned books about Syria and the regime, about shiite and sunni Muslims’ in 2005.

‘That is why I and the other members were arrested,’ he said. He said he was released via an amnesty in 2011 and made plans to leave Syria.

The man said he welcomed the fact he is being monitored by the Dutch security services. ‘I have nothing to hide. I am happy they keep an eye on me. If they have something against me, they know where to find me.’