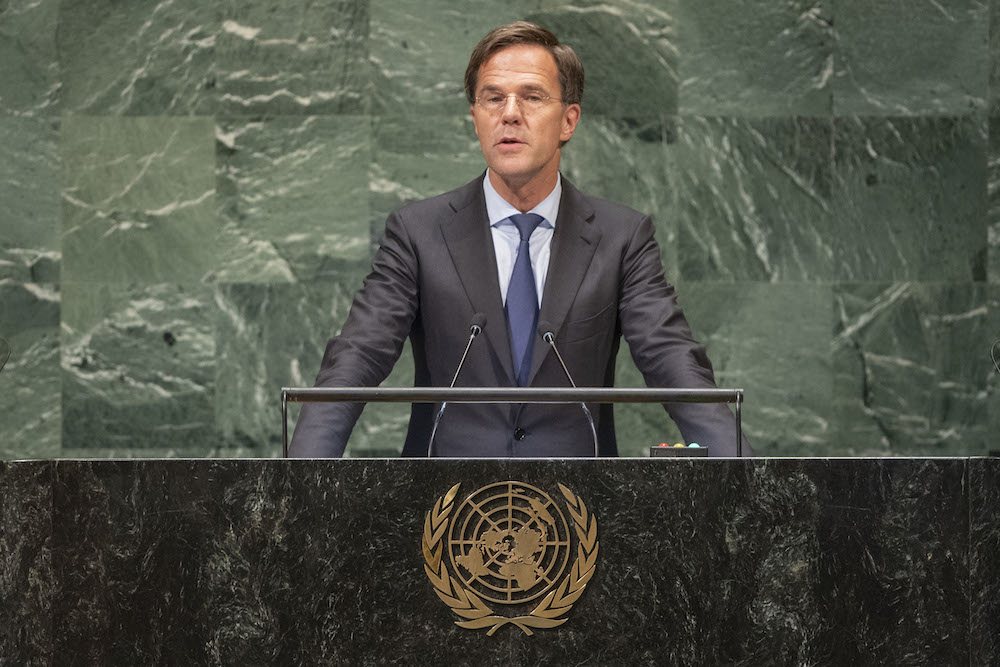 Prime minister Mark Rutte has used his speech at the United Nations general assembly in New York to call for more international cooperation in the hunt for the perpetrators of the MH17 plane disaster.

‘MH17 remains an open wound for my country and for all grieving nations who had nationals on board,’ Rutte said. He also referred to the May report by the joint investigation team which pointed the figure at a Russian army brigade in Kursk.

That evidence, Rutte said, had strengthened the Netherlands’ conviction that the complete truth needed to be established in the interest of those who died and their families. ‘The full truth must be uncovered, justice served and responsibility accepted,’ Rutte said.

In his speech, Rutte also said he was concerned about the way some countries were putting their own interests first and are no longer to prepared to reach compromises with other nations.

‘More and more often, sadly, compromise is being rejected in favour of polarisation and perceived self-interest,’ the Dutch prime minister said. ‘We are witnessing a worrisome trend: some countries are shifting from a constructive to a combative approach in the multilateral environment.’

‘And when the multilateral system becomes paralysed, it is innocent people who suffer. Syria is a case in point,’ Rutte said.

The prime minister also called for more international cooperation to prevent climate change. ‘The world wide water crisis has implication for all of us, due to drought, flooding and water pollution. That is evident in the case of the Netherlands,’ he said, adding that Schiphol is the only airport in the world which is below sea level.