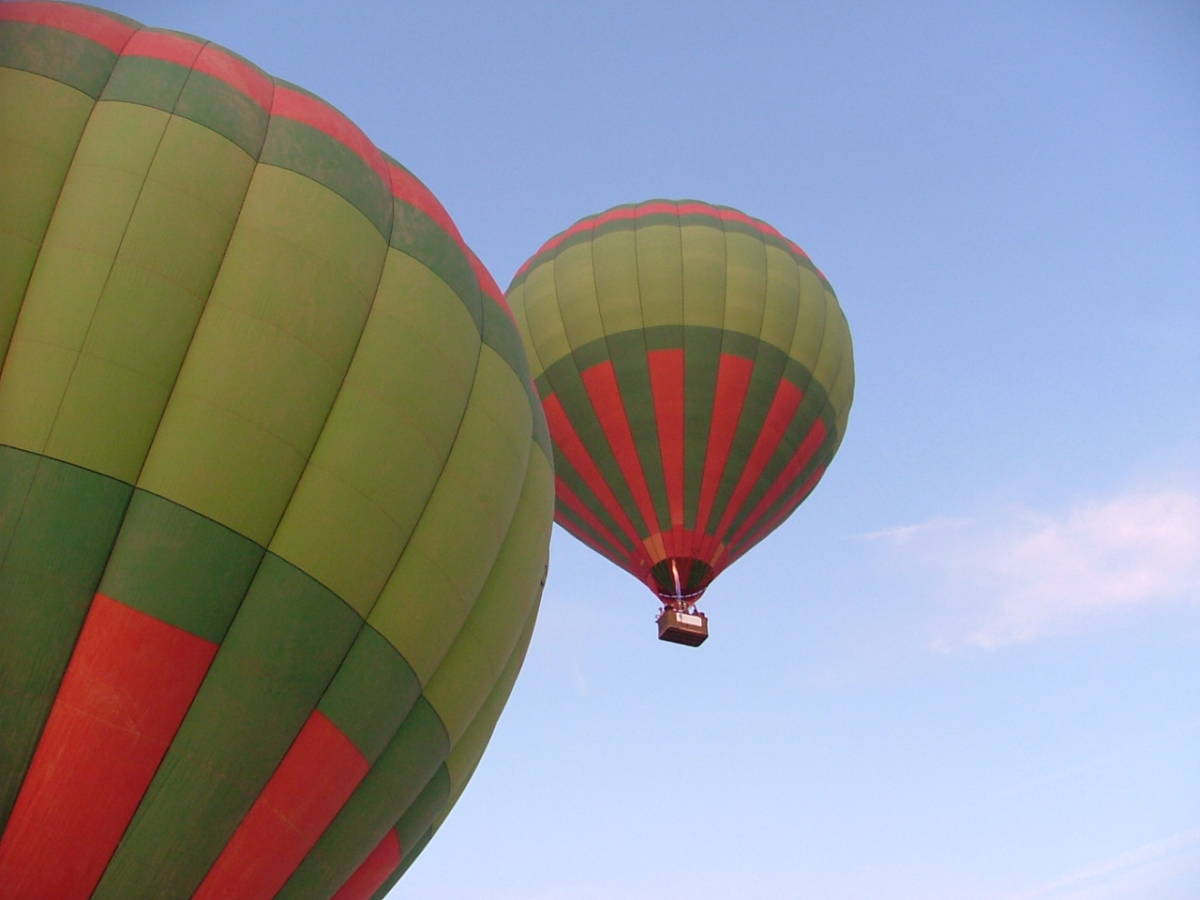 A farmer has hit back at claims he blocked a group of balloonists from leaving his property during a row over the cost of landing in his field.

‘I’m being portrayed as a criminal who held people hostage,’ Joost Vughts told Omroep Brabant. ‘How do they get it into their heads? It’s complete rubbish.’

The stand-off began on Sunday morning when the balloon with 19 people on board touched down in Bokhoven, near Den Bosch, at around 8am. ‘We landed in the middle of a meadow with nothing but mown grass,’ said a woman named as Lynne, who organised the trip from Tilburg as a 50th birthday present for her aunt.

‘But by the time we got there the farmers were standing waiting for the ground crew. They were calling us all kinds of names from the off. The crew members too. They were being difficult and threatening.’

The confrontation ended with the pilot calling police and claiming Vughts was preventing him from leaving his field. At around 10am the balloonists were allowed to leave.

Vughts admitted there had been harsh words between him and the balloonists, but denied the accusations of hostage taking. He claimed the dispute began when a bus drove up to his property to pick up the passengers.

‘When I asked what they were doing, I got an arrogant reply about the pilot knowing what he was doing. No excuses or anything.

‘After the drought I’d just sown new grass. It’s still very fragile and they walked straight through it. Are we supposed to just put up with that? How is that normal?’

Vughts’s stance was backed by the Farmers’ and Gardeners’ Association (LTO), which called for a review of the compensation system for balloon landings. At present farmers are entitled to a payment of €35 for every balloon that lands on their property, but in return balloons have an absolute right to land anywhere.

Alfred Jansen, of the LTO, said the payment should be raised to €100 per balloon plus €10 per passenger. ‘The number of passengers, and thereby the weight, is increasing,’ he said. ‘The damage to the land and crops is greater as a result. Moreover livestock suffers stress from low flying or landing balloons.’