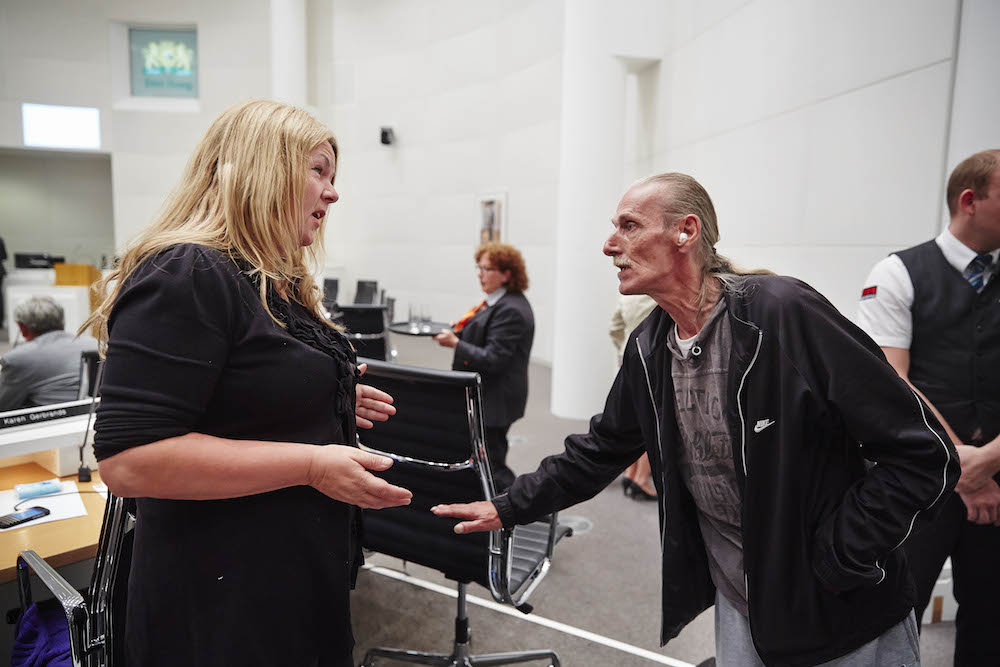 Willie Dille in conversation with a voter in 2014. Photo: Phil Nijhuis/HH

The local councillor for the anti-immigration PVV who killed herself after posting a video online claiming she had been raped by a Muslim gang did not want ‘any police interference’, the public prosecution department has confirmed.

Willie Dille, a former MP who went on to represent the PVV on The Hague city council, published the video on her Facebook page on Wednesday and killed herself that same evening.

The video, which showed a pale and thin-looking Dille looking around nervously, was removed from social media shortly after it went online. In it, Dille claims that the gang told her she had to keep her mouth shut in the council debating chamber and that she has been threatened several times since.

She ends by saying she is resigning her council seat and apologizing to her family that she cannot go on.

The Hague mayor Pauline Krikke cut short her holiday to return to The Hague to deal with the aftermath. She held talks with police and the public prosecution department, who confirmed they had been in touch with Dille about the allegations.

‘She did not want to give any more information which would have enabled an investigation to be started,’ the public prosecution department is quoted as saying by the AD.

The department said Dille had been approached by the police after someone in her circle had told them about the allegations.

Both the mayor and the police had urged Dille to make a formal complaint so there could be an investigation. ‘But for reasons unknown to us, she would not do so,’ the city said in a statement.

Nevertheless, both the Labour and CDA groups on The Hague city council have called for a full investigation to establish if Dille’s claims were taken seriously and what the role of the mayor had been.