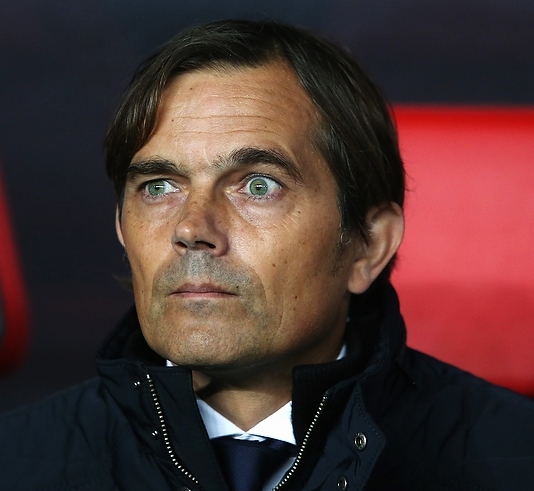 PSV Eindhoven manager Philip Cocu looks set for a move to move to Turkey after it emerged he was at an advanced stage of talks with Fenerbahce.

The Istanbul-based club made a formal approach to PSV` at the weekend for the 47-year-old, who has won three league titles in his five seasons in Eindhoven.

Although no deal has been struck and Ayut Kocaman remains coach of Fenerbahce, Cocu is widely expected to be named as his successor in the next few days.

The Eindhovens Dagblad named Mark van Bommel as the leading candidate to take over at PSV if Cocu leaves. Van Bommel, 41, is currently at the World Cup as assistant coach to Bert van Marwijk with Australia.

Dutch media say Van Marwijk, who coached the Netherlands to the World Cup final in 2010, could be appointed as assistant to Van Bommel.

Cocu may ask former Dutch international Dirk Kuijt, a former Fenerbahce player, to go with him to Istanbul as his number two.