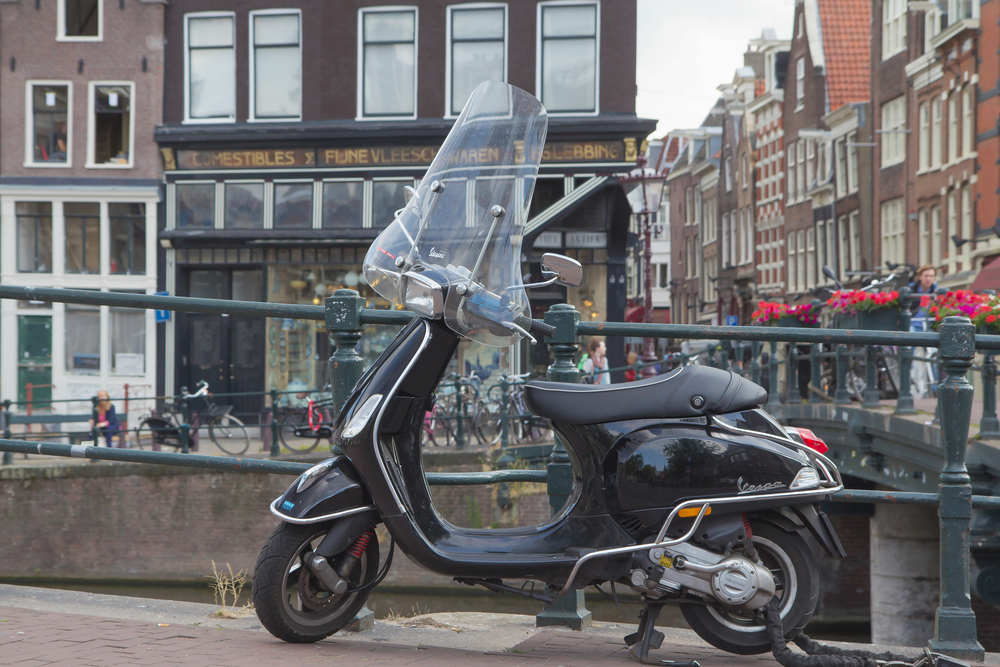 Mopeds may be banned from Amsterdam’s bike lanes earlier than expected now the government has decided the new legislation allowing local councils to implement a ban will come into effect next month.

Currently mopeds which travel at up to 25 kph are allowed to use bike paths and their drivers do not have to wear helmets. But up to 80% of mopeds are thought to be capable of higher speeds, and growing congestion on the bike paths is forcing the city to take action.

Officials say it will take about six months to ready the city’s bike infrastructure for the ban and to pass the necessary local legislation.

In addition, everyone in the Dutch capital will be able to have input into the local law, and objectors can appeal against the final decision.

‘We are happy all the lights are now green,’ new transport alderman Sharon Dijksma told the Parool. ‘At the same time, this is a far-reaching and complex measure. Moped users may have to take other routes, get used to their new place on the road and wear helmets. So we have to take proper care.’