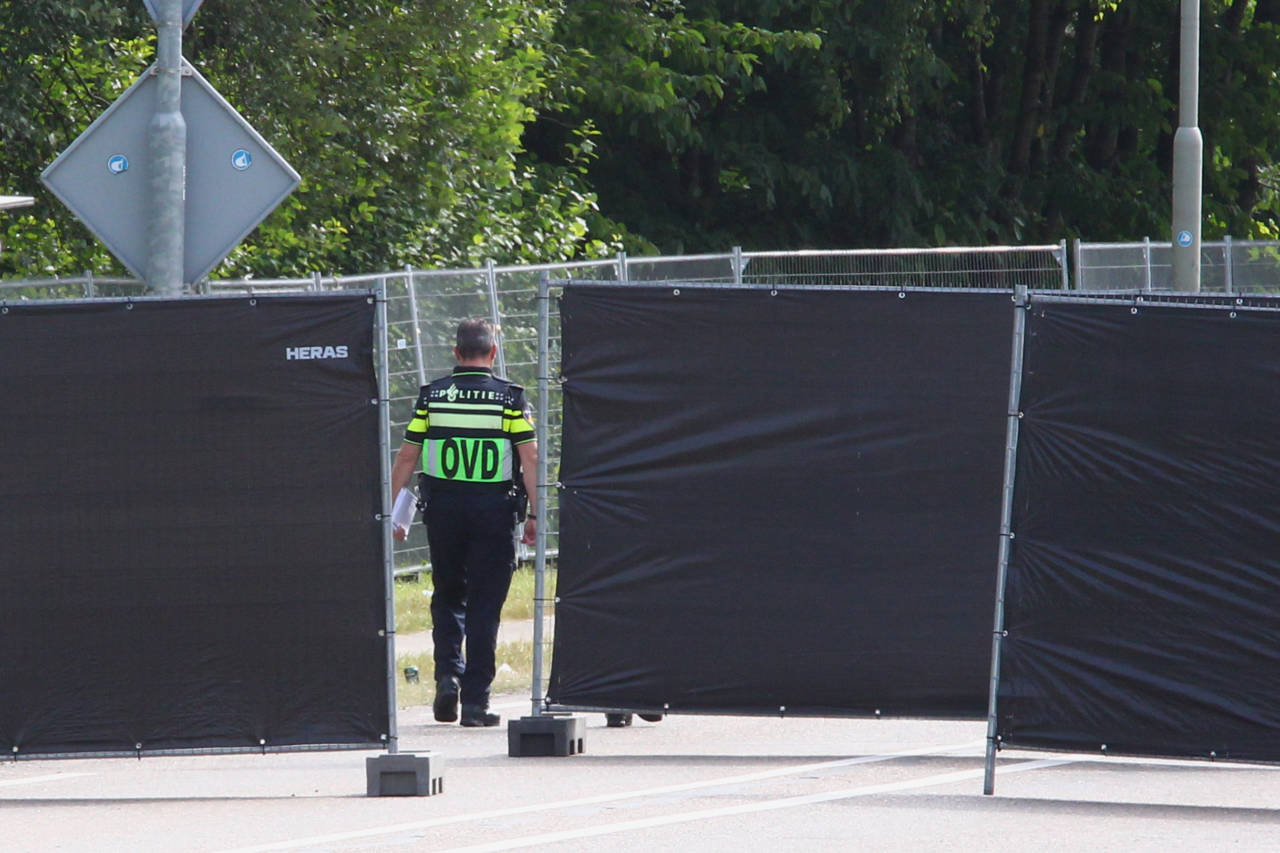 Police at the scene of the incident. Photo: Ralf Roeger/dmp press/dpa Photo via Newscom

The 34-year-old driver of a van which ploughed into a group of people leaving the Pinkpop music festival in the early hours of Monday, killing one, has turned himself over to the police.

The man, who comes from Heerlen, near the location of the festival, is suspected of manslaughter and attempted manslaughter, police said at a news conference on Monday morning.

One person was killed and three very seriously injured in the incident, which took place on a public road near one of the Pinkpop campsites.

As yet, it is unclear if the suspect drove deliberately into the victims.

The 35-year-old man who died was a volunteer at the festival, the Telegraaf reported. He and two of the injured come from Heerlen as well. The fourth person comes from Landgraaf, where the festival was being held.

The suspect drove off after the incident and police helicopters were brought in to hunt for him. He turned himself in to Amsterdam later on Monday morning and told police officers where they could find the van, the Telegraaf said.

The public prosecutor declined to tell reporters where the van had been found or if the driver had a motive. All options are being considered, including an accident, he told reporters at the press conference.

The suspect will be handed over to Limburg police later on Monday.

RTL Nieuws named the man who died as 35-year-old Gilles Boux de Casson. ‘We are devastated,’ Johan de Niet, of the Poppodium Nieuwe Nor organisation which provides volunteers for festivals. ‘He was a huge music lover and a great colleague.’

RTL Nieuws said later on Monday the van had been found in Heerlen with a large dent on the front and a flat tyre.