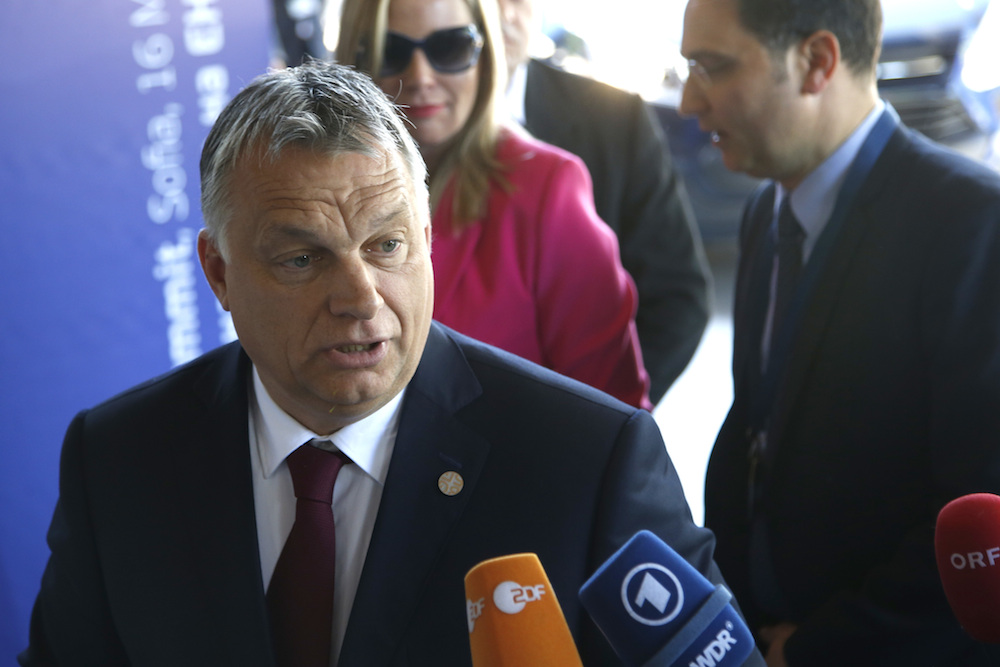 Orban arrives for a meeting of the EPP in May. Photo: AP Photo/Darko Vojinovic via HH

The Dutch Christian Democratic party is involved in a war or words with its Hungarian counterpart after passing a motion at the weekend to have the party of Viktor Orbán potentially expelled from the EPP European parliamentary grouping.

Nationalist Orbán, who won a third term in office in April election, has a populist, anti-immigration and Eurosceptic message and has been criticised for his attacks on Hungarian-born Jewish billionaire George Soros.

The CDA conference in Den Bosch has now voted to throw the Fidesz party out of the EPP if it crosses ‘red lines’ – in other words, does not abide by European norms and values, Dutch media reported.

Following the weekend vote, Orbán’s party has now accused the CDA of spreading lies. In a letter to CDA leader Sybrand Buma, Fidesz deputy president Katalin Novák states that resolution ‘is a lie if it says our party spread fake information during the election.’

‘Nor are we taking revenge on the opposition. That is a lie as well. And in addition, we are not trying to work against European cooperation. That is a lie too.’ The letter also notes that Buma recently had a private meeting with Orbán but did not raise these issues at the time.

CDA chairwoman Ruth Peetoom said in a reaction she would reply personally to the letter and highlight the fact that the motion came from party members.

It should be possible to have ‘stern discussions’ within the European Christian Democratif family, she told broadcaster NOS.

According to EU Observer earlier this year, other members of the EPP have also pushed for Fidesz to be expelled from the grouping.